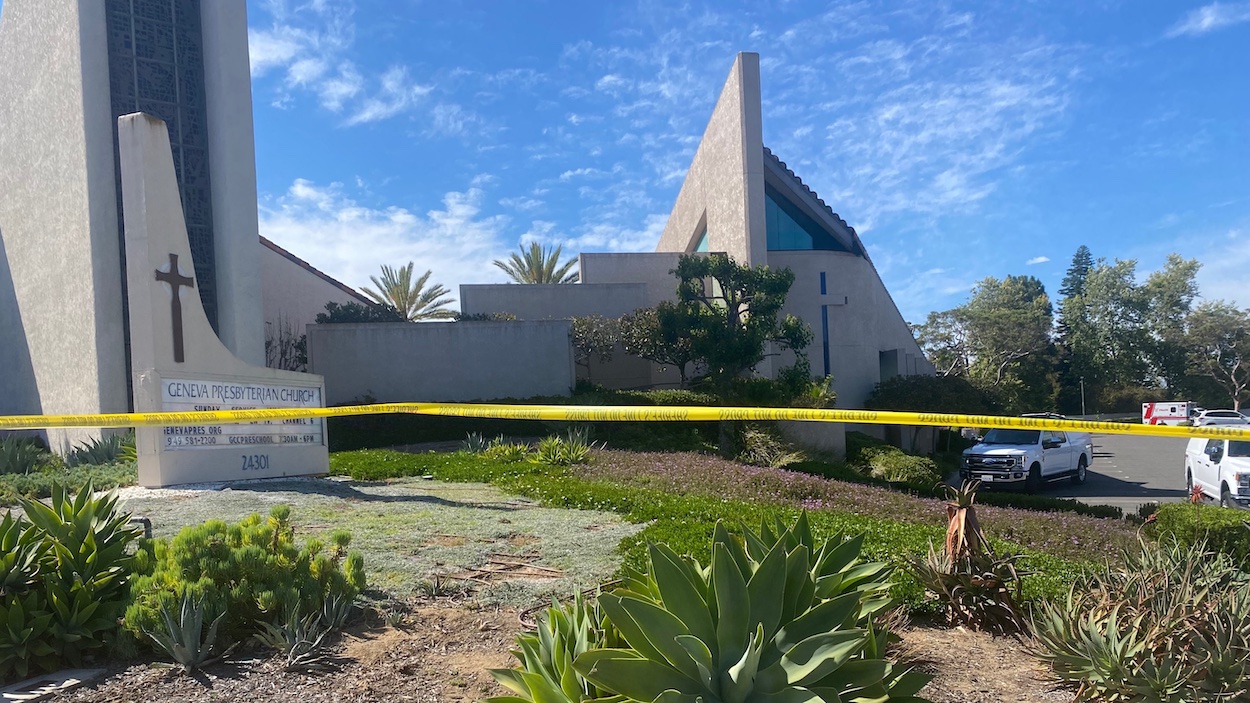 Editor’s Note: On Sunday a 68-year-old man opened fire in a church in Orange County, California, killing one and wounding several others. Both the shooter and the victims are of Taiwanese descent. The shooting came one day after another mass shooting in Buffalo, New York that claimed 10 lives, all of them African American. Both incidents are being investigated as hate crimes. Jean Ho was born in Taiwan. Together with her husband she runs the news site News for Chinese, which covers the Bay Area’s Chinese community. “It’s like an invisible line,” she says of the social dynamics separating Taiwanese and mainland Chinese here which are believed to have played a role in the attack. She spoke with EMS’s Peter Schurmann. (Image: The Geneva Presbyterian Church in Orange County, where Sunday’s shooting occurred.)

What was your initial reaction to the shooting in Orange County?

It was shocking. My first thought was that the Chinese government is sending assassins to kill Taiwanese people. It’s very dramatic, I know, but… I thought it was politically motivated.

How has your perspective changed since news of the shooting first broke?

I realize this is more of an isolated incident. I think the shooter’s age is significant. He is a direct descendent of the veterans who were brought to Taiwan in 1949 by Chiang Kai Shek (who led the nationalist fight against the communists in China’s civil war prior to fleeing to Taiwan, where he took control of the island and served as president until his death in 1975). Under Chiang’s regime… we were taught that China is our motherland and that we need to return to relieve the suffering of our compatriots. This guy… the shooter was born in Taiwan. All his life he carried this “China dream” where Taiwan is seen as being beneath China. Coupled with this is the fact that he had a lot of personal problems, so he carried a lot of resentment and hatred. And with the seemingly endless spate of mass shootings in this country, he orchestrated this attempted massacre just as he’d seen others do before him, maybe hoping that like the others he would get attention.

What have you been seeing in Chinese media or on social media about the attack?

We see both sides. I’ve seen some posts sympathetic to the shooter’s personal circumstances. I’ve also seen posts coming from the Taiwanese community where people are saying we need to be more vigilant, that we need to do more screening of people wanting to join local Taiwanese organizations, whether a church or senior center. The shooter was once connected to Chinese for Peaceful Unification, which is very pro-China and very hard on the question of unification with Taiwan. I’ve seen calls for the government in Taiwan to bar members of this organization from entering the country. I don’t know how they would do that. I’ve also seen posts from those who think this is just the beginning, and that tensions will only increase as China will eventually move to take over Taiwan militarily.

How significant are tensions between mainland Chinese and Taiwanese here in the U.S.?

They are definitely present. Taiwan’s vice president visited the Bay Area two months ago. There was a Taiwanese organization that had prepared a welcome ceremony at the airport, while down the street members of Chinese for Peaceful Unification stood with large signs denouncing the visit and telling the vice president to “get out of here.” But until now these tensions have mostly remained on social media. When it comes to actual violence, that wasn’t there until this shooting.

How do members of the Chinese American community navigate these tensions in daily life?

Here in the Bay Area, there is a definite differentiation between the Taiwanese and Chinese communities, but we don’t allow it to come to the surface. It’s like an invisible line. We have our own social groups. The Taiwanese usually band together with other Taiwanese, and the Chinese have their own groups. That line tends to disappear when you run a business. If you’re a Chinese or Taiwanese restaurant owner, for example, and you have clients or customers from China and Taiwan, that’s when the line disappears. But in our social lives we tend to draw that line.

How do you draw that line in your own life?

I have a lot of mainland Chinese friends, and I love them. We all speak Mandarin but with different accents. And for me it’s funny, when I am with a group from the mainland, I try to use a Beijing accent. It’s a little awkward, but I don’t want to stand out as an outsider.

Your newspaper has staked a fairly neutral position on the question of Taiwan’s independence. How does that play with audiences?

We are stuck in the middle, and we are nobody’s friend. Some people here think we support the Chinese government, while in China they think we side with the Taiwanese government. It is very awkward. We had a recent incident on (the Chinese social media app) Weibo. We posted some news about Taiwan joining the World Health Organization. The photo had a Taiwanese flag, and we discovered the next day that our account had been terminated. We’d cultivated that account for more than 10 years, we had a lot of followers, and it was shut down overnight. We are a business, and we have paid advertisers from China and Taiwan. We are in both worlds. We have people from both sides that love us and hate us. This is why we stress that we are not politically affiliated. We take no sides. We are on the side of our community here in the Bay Area.

Next year News for Chinese celebrates its 15th anniversary. Read about how Jean and her husband, Brian, navigated a tumultuous decade for media enterprises to become an established source of news and information for the Bay Area’s Chinese community.