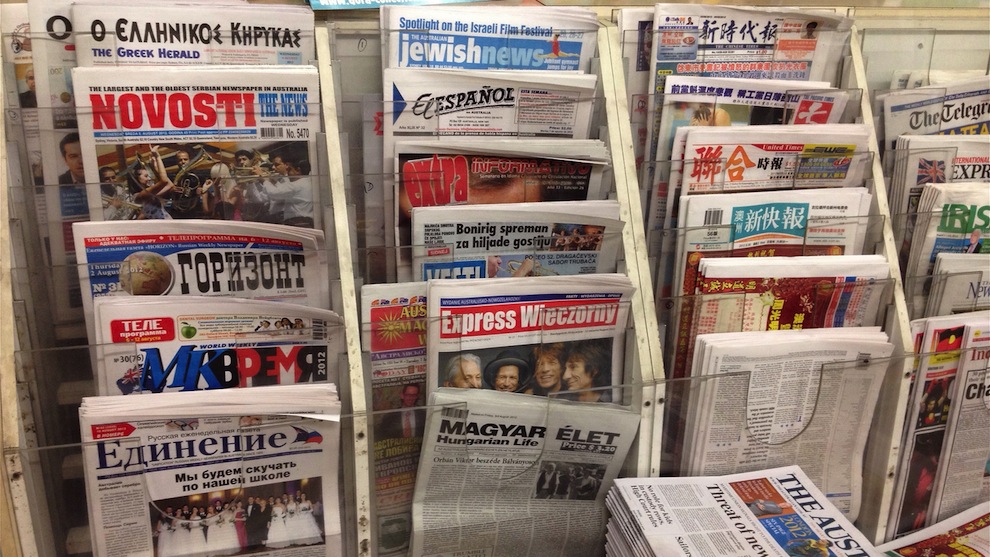 The California legislature is considering a bill – SB 911 by Sen. Steve Glazer (D-Contra Costa) – that would dedicate $25 million in state surplus funds to local and ethnic journalism. It would also stab the independent ethnic media sector in the heart.

That’s why, despite the financial pressures that have disrupted the entire news industry, our two organizations – which have worked for decades to support and advocate for the ethnic media sector – oppose SB 911.

Ethnic media pride themselves on being rooted in their communities and serving as an independent advocacy voice. “We wish to plead our own cause; too long have others spoken for us,” was the mission statement of Freedom Journal way back in 1827. It captures ethnic media’s mission today, regardless of what language they publish in or which community they serve.

Among our top concerns – echoed in numerous conversations with practitioners across the sector – is that the bill promotes a non-profit model as a one size fits all solution to the problems of local and ethnic journalism.

But for decades most ethnic media have operated as for-profit businesses and that model has allowed them to operate as an advocacy sector for their communities. You hear it in their titles – Sentinel, Informer, Voice, Guardian, Crusader – and that is precisely why mainstream media has often disparaged their reporting without understanding the unique role they play.

Adopting the nonprofit model would expressly forbid ethnic media from regularly endorsing political candidates or lobbying on behalf of proposed legislation.  It would cripple their advocacy voice.

Nor are most ethnic media outlets prepared to shift their revenue base from advertising to foundation and government grants, especially if overseen by a board of political appointees as SB 911 proposes. Ethnic media create a synergy with the small and micro businesses and community-based organizations that is crucial for neighborhood economies to thrive – ethnic media expand the customer base of local businesses and agencies, while local businesses provide the majority of ad revenues that support ethnic media.

For the sector to become dependent on grants from foundations or government agencies would disempower both ethnic media and their communities.

Finally, we are concerned about how SB 911 proposes to administer funds through a board of political appointees that would be costly and time consuming to set up and would wind up determining the criteria for how government doles out support for local journalism for years to come. Ethnic media might have two representatives on that board. But the majority would have no direct knowledge of the unique role of ethnic media nor how it works.

The last thing ethnic media need are people with little experience in their communities determining what kind of media those communities need.

And we are concerned that the bill as currently written would allow media startups – including many in the nonprofit space – that have operated for only one year to qualify for support. This puts them in direct competition with media that have worked for decades to serve their communities and sustain themselves.

SB 911 got its name to spotlight the dire straits many ethnic media find themselves in, especially following the business shutdowns from the pandemic, inflation, and a possible recession, let alone the demands of adapting to the digital world.

But we’re not prepared to greenlight the bill as currently written for the sake of whatever share the board bestows to individual outlets after their own admin costs are met. We urge the legislature to consider far more productive ways of supporting the ethnic news sector much as you did in the 2020 Census when you increased the advertising dollars earmarked for ethnic media from $15 million to over $85 million, recognizing that only ethnic media could deliver truly inclusive outreach to the diverse communities that now make up the state.

Redirect the $25 million to advertising or outreach on the many issues these communities now face. Create mandates that steer a fairer share of marketing dollars for issues like the drought, housing, wildfires, climate change, or health care to our media sector and that will reach the underserved audiences the state needs to reach, rather than wasting time and money on a costly administrative process in the name of ethnic media.

The non-profit model works well for a small number of ethnic media news agencies, including such veteran nonprofits as Radio Bilingue and India Currents; they are convenors and informers of community, they fit the category of mission driven journalism, we applaud them for their work.

But one size does not fit all media, especially the vast majority of ethnic news outlets. Don’t ask ethnic media to transform themselves into a model that reduces their interdependence with community. “Too long have others spoken for us.” That’s what SB 911 does and why we oppose it.