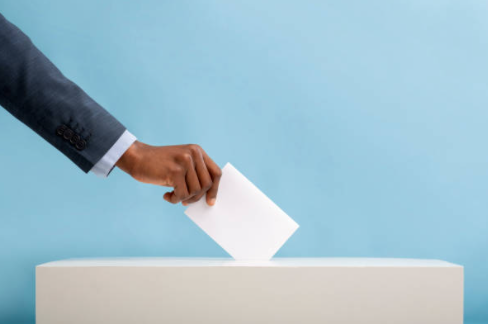 A new report by the Brennan Center for Justice examines so-called ‘audits” either under way or proposed for five states that voted to replace Donald Trump with Joe Biden as president in the Nov. 3, 2020 election.

“While details differ, in every case, the proposed election reviews fail to satisfy basic security, accuracy, and reliability measures that should be in place for any election review. And the “auditors” themselves fail to meet basic standards of objectivity,” the report finds.

In addition to Arizona, similar projects are taking shape in Pennsylvania, Georgia, Wisconsin and Michigan, all states that were won by Biden in the general election.

“In each state,” the report notes, “election officials have already conducted post-election audits without any findings of widespread fraud.”

“That these efforts are gaining traction more than six months after certification of the election is a blinking red warning light,” the report states.

“The five so-called ‘audits’ are dressed up as fact-finding missions, but they are meant to create evidence that doesn’t exist — fake proof of the myth that the 2020 election was somehow wrongly decided and false validation for the restrictions on the vote now sweeping the country,” said Gowri Ramachandran, counsel in the Brennan Center’s Election Reform Program.

“The procedures proposed for these reviews are not designed to obtain secure and accurate results and are radically different from proven election integrity procedures, such as post-election tabulation audits routinely conducted by election officials across the country.”

Instead, the report continues, “These plans have severe deficiencies in basic security, accuracy, reliability, and transparency.”

Among the issues identified in the report are that Arizona taxpayers will be on the hook for $2.2 million to replace the voting machines in question, because the audit procedures violate federal standards for keeping election materials secure.

Given the audits’ failure to follow established protocols for handling election materials, for instance by giving unaccredited contractors access to voting machines, as has already occurred in Michigan and Pennsylvania, it is reasonable to expect others jurisdictions will incur similar costs, according to the report.

While Arizona’s already oft-extended audit is confined to Maricopa County, Wisconsin is embarking on a similar plan that could encompass the entire state.

But, the Brennan Center report notes: “Immediately following the 2020 election and prior to the certification of election results, Wisconsin election officials conducted a legally mandated audit of voting equipment used in the 2020 election.

This audit confirmed that none of the audited voting machines changed votes from one candidate to another, incorrectly tabulated votes, or altered vote totals in any way.

In addition to the official audit, the Trump campaign exercised its statutory right to request and pay for a hand recount of votes in Wisconsin’s two most populous counties—Dane and Milwaukee – which also confirmed Biden’s victory in those counties, finding, in fact, that Biden’s victory had been undercounted by 87 votes.

Nonetheless, after GOP legislators from Pennsylvania and 12 other states visited the Arizona “audit” site, Pennsylvania GOP state Senator Doug Mastriano called it “the model to use” and proposed that his state follow Arizona’s lead.

Even Arizona’s Maricopa County recorder, Stephen Richer, a Republican, scoffed at the idea: “This is insane just from a competence standpoint,” he said on CNN. “I would say to [visitors who observed the Arizona review] ‘this is not the audit you want, this is far from the gold standard”

“Now, in 2021, proponents of the lie that the 2020 election was stolen are looking to use the mere existence of these sham audits to further their ends, just as they leveraged the existence of numerous baseless lawsuits in the lead-up to the January 6 attempted insurrection.”

“The partisan reviews of certified elections being pursued across the country — despite a host of evidence that the results were fair and legitimate — represent more than a break from best practices in election administration. They are an existential threat to our democracy.”

The Brennan Center on July 11 announced the creation of a new website, “https://notanaudit.com/,” developed with States United Action, Fair Fight Action and United to Protect Democracy, to provide more details on the so-called “audit” process in the five states.