Key to Democracy – Minnesotans of Color Push for Equity in Redistricting 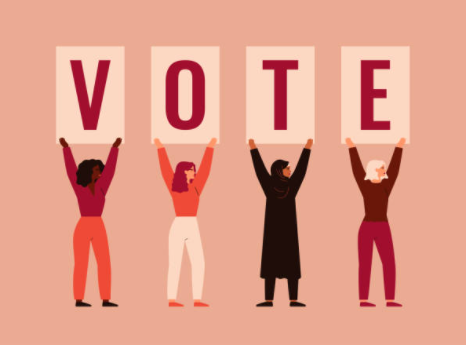 Minnesota’s fastest-growing communities, in an effort to have their voices heard in shaping society’s future, are targeting the state’s imminent redistricting work.

“Redistricting is one of the most important issues facing our state this year,” Annastacia Belladonna-Carrera, executive director of Common Cause Minnesota, said at a mid-July press briefing about a bid to make sure the process is more inclusive. Her state’s chapter of the nonpartisan nonprofit, with OneMN, Voices for Racial Justice and individual voters, is seeking to have Minnesota’s Secretary of State include BIPOC — black, indigenous and people of color — in redistricting discussions.

“For far too long, Black, Indigenous and Minnesotans of color have had their political power diluted in the redistricting process,” she said. “As a result, many do not benefit from equitable electoral power or a fair opportunity to elect candidates with shared interests who are going to take up those issues that are maybe unique to these communities and push them through the legislature or in local government.”

The once-every-10-years U.S. Census provides the best data available on how many people live where and how that’s changed in the preceding decade. The U.S. Constitution mandates that Census data be used to equally distribute political representation. So, for example, states gain or lose seats in Congress according to changes in their population. Minnesota has eight seats in Congress. And those are required to each represent an equal number of Minnesotans.

Since the 2011 redistricting, Minnesota’s eight Congressional districts each represent either 662,990 or 662,991 people, based on 2010 Census data. 2020 Census data shows that the state has grown by 325,491 people. So the eight congressional districts will now have to represent about 703,680 people each. Five have more than that and three have less.

Similarly, new boundaries will have to be drawn to evenly divide the population into 67 state Senate districts, 134 state Assembly districts, and so on down the line to locally elected offices such as school boards. Of those 325,491 new Minnesotans, the petitioners note, 85% are BIPOC. In 2000, people of color were 11.8% of Minnesota’s population. In 2010, 16.8%. Currently, the percentage is 21.4, with projections of almost 27% by 2030.

“As a result,” the petition says, “new voting districts will disproportionately impact BIPOC communities. A redistricting process that does not include robust participation from these communities will not properly reflect the state’s demographic changes.”

“We want leaders that represent everyone,” Brett Buckner, managing director of OneMinnesota.org, said. “Right now is a great time to get it right so that every Minnesotan has an equal voice in our government, no matter who they are or where they come from.” Throughout U.S. history, politicians have corrupted the redistricting process by pushing through “gerrymandering” schemes to choose their voters, rather than the other way around. Eiher they divide communities between multiple districts to the point that the other voters in each district outnumber the targeted community — a process known as “cracking” — or they “pack” that community. In “packing” scenarios, voters thought to be a bloc are lumped together so that, although they might overwhelmingly win that particular district election, their representatives will be outnumbered and thus rendered powerless by colleagues representing other districts whose boundaries were drawn to minimize that bloc’s dissident voices.

Another of the Minnesota petitioners, Aida Simon, a self-described “mother, a voter and a civically engaged member of this community” of Worthington, (Nobles County) ran unsuccessfully for office in 2020. “For many, redistricting is just a policy issue, for me and for my family, it’s very personal,” she said. “Last year, I decided to run for City Council. I ran to give voice to many of our neighbors and friends who often felt they had no place in our democracy or didn’t know how to advocate for the things that matter the most: stronger schools, good-paying jobs and quality health care.

“With three other women of color, I tried to make history. If either of us had won any of our races, it would have been the first time a person of color had been elected to local statewide office in Nobles County. Sadly, we all lost. Now we have the opportunity to use the redistricting to really change this.”

“Our democracy’s stronger when everyone participates, and that means having maps to ensure that black, indigenous and Minnesotans of color have a seat at the table where decisions are being made, where everyone can have a voice regardless of what you look like or where you come from.”