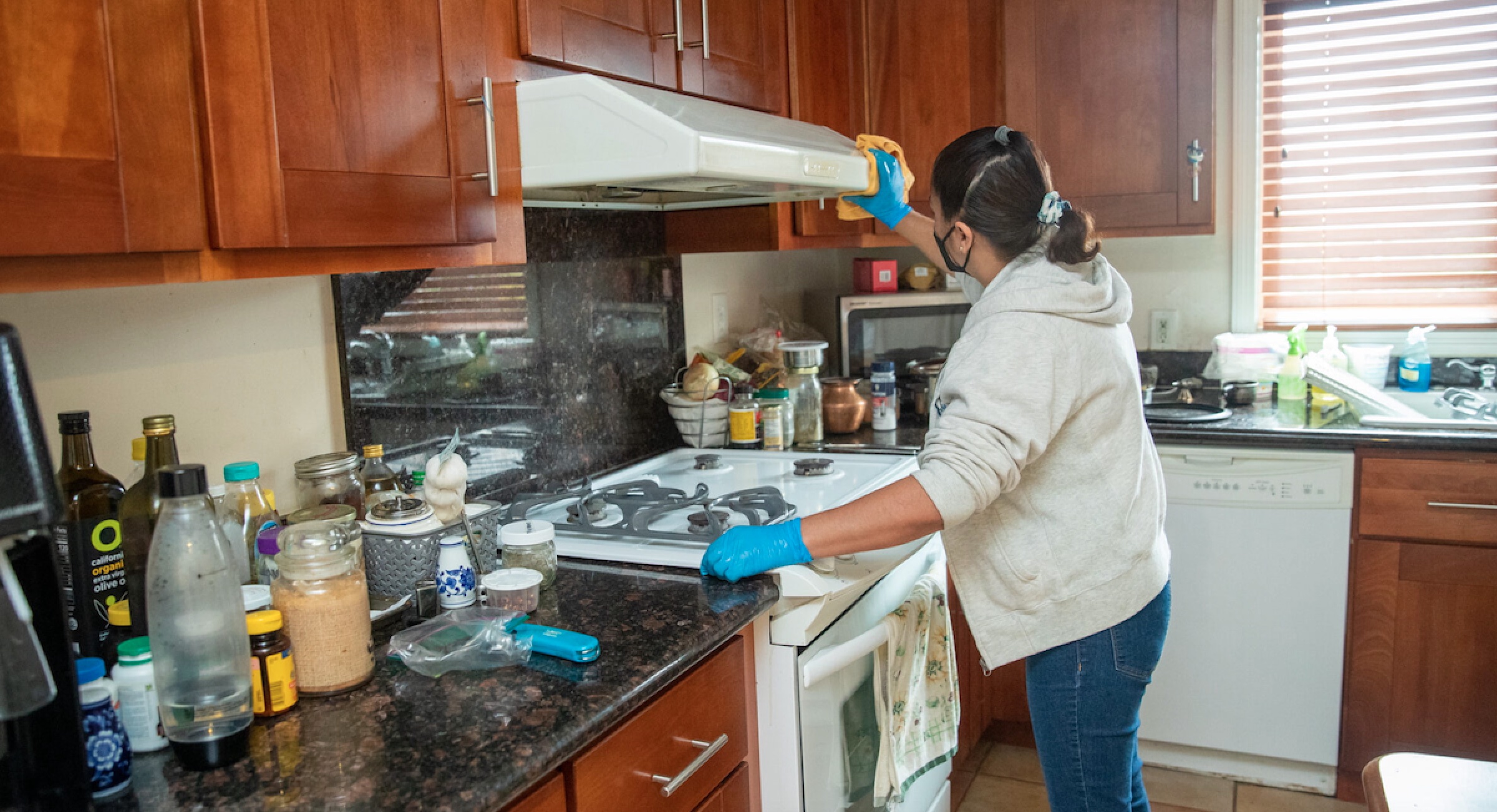 Blanca suffered decades of psychological abuse from her husband, whose behaviors fall under a category of abuse sociologists and family law experts call coercive control.

After two decades of marriage, Blanca finally hit a breaking point. Watching her husband rip apart the wedding dress she had so painstakingly sewn, then preserved over the years, caused something to shift for her.

The emotional abuse had been going on for years, according to Blanca. She said he constantly denigrated her appearance and Spanish-accented English, refused to put her and their two sons on the health insurance provided by his job as a mechanic, and made her pay all the rent on the Bay Area home they shared with his relatives.

Experts in sociology and family law call this kind of behavior coercive control, where people — usually men — nonviolently manipulate their intimate partners into doing their bidding. It can also be a steppingstone to physical violence, research shows.

Coercive control is under-reported, much like all abuse. Often, it is hidden in plain sight.

She spoke on the condition that we not reveal her last name and that her husband not be contacted for comment, for the safety of her family. This reporter has been one of her housekeeping clients since 2017.

Blanca said she was aware that leaving an abuser was the most dangerous time for a woman. But after decades of damage to her self-esteem, she has finally severed ties.

And under a California law passed in 2020, the government is finally offering some acknowledgment of the harm she experienced.

Recognizing the damage coercive control can cause

Coercive control encompasses a broad range of behaviors that cause emotional distress, according to social scientists. Common practices include isolating someone from friends and relatives; depriving them of basic necessities; or controlling communications, daily behavior and economic resources.

At its core, “coercive control is a power imbalance obtained through cruel, forceful and manipulative means,” said Chitra Raghavan, a forensic psychologist at the John Jay College of Criminal Justice in New York.

There are no federal laws addressing coercive control in this country. But a handful of states have recently taken action to make them illegal.

In 2020, the California Legislature revised the state’s Family Code to include coercive control as evidence of domestic violence, expanding the definition enshrined in the state’s 1993 Domestic Violence Prevention Act. The statute defines coercive control as “a pattern of behavior that in purpose or effect unreasonably interferes with a person’s free will and personal liberty.”

“The fact that so many different jurisdictions want to codify coercive control into law means that it is recognizable as a harm for which there should be a legal remedy,” said Julie Saffren, who teaches a course on domestic violence at Santa Clara University School of Law as an adjunct professor.

In California, if a court finds a person has committed coercive control, the petitioner can get a restraining order against the abuser in family court. A person subject to a restraining order is prohibited from owning or purchasing firearms while the order is in force.

“The law can also be used when the victim is seeking child custody and the court is making a finding about the best interest of the child,” said Pallavi Dhawan, director of domestic violence policy and prevention for the Los Angeles’ City Attorney’s office, the bill’s sponsor.

The coercive control legislation was introduced by state Sen. Susan Rubio, herself a domestic abuse survivor.

“I dealt with domestic abuse myself and I know what survivors go through,” she said, adding: “It was time people recognized that domestic violence is more than just physical abuse. This bill protects survivors of domestic violence by making their cases harder to dismiss and easier to prosecute. It will also empower victims to come forward.”

Dhawan, who worked closely with Rubio in crafting the legislation, said the bill initially faced resistance from those wanting to make coercive control a crime.

Rubio said she decided against criminalizing it because the issue was “foreign to some of my colleagues and making it a criminal offense would have stalled the bill.”

Women’s advocates also point out that a criminal response is not the most effective way to get justice for survivors who just want the abuse to end.

“Criminal response creates barriers to reporting,” said Shiwali Patel, who advocates for policy and culture change for women and girls at the National Women’s Law Center near Washington, D.C. “If it’s a civil matter, the survivor will have more control over the process.”

“I felt bound all the time”

Blanca, 50, said that at first her husband, a U.S. citizen of Mexican descent, seemed nice and caring.

But within months after their marriage, her husband began to belittle her. The insults became more personal after she confronted him about an affair he was having. “Your hands are coarse and rough,” he would tell her. “You have chicken legs.” “You have a masculine build and stretch marks on your stomach.”

Still, it was his actions that made the relationship coercive. Blanca had no control over her finances, even though she was making as much money cleaning houses as her husband did as a mechanic.

He insisted she pay the entire rent for the four-bedroom house they shared with their sons, his mother and his brother in Contra Costa County. She was also told to pay for utilities, groceries and other household expenses.

“I felt bound all the time,” Blanca said, crossing her wrists in front of her and tearing up.

Particularly humiliating, Blanca said, was when her husband had his new girlfriend call her to tell her she had only herself to blame, a tactic many abusers use to maintain power and control.

“In mental health terms, I think it’s a form of projection where it is unbearable for the abuser to acknowledge their behavior because at some deep level they know it’s wrong, so they project outwardly to their partner to make them responsible,” said Saffren.

Asked why she did not leave her husband sooner, Blanca said she could not imagine a life without him.

“I would always keep excusing his behavior,” she said, frowning. After a pause, she continued. “Now, while I am going through divorce, I wonder why.”

This article is part of a series on California’s coercive control law produced by the San Francisco Public Press, a nonprofit investigative news organization. Read the full story and others in the series at sfpublicpress.org/series/coercive-control. This reporting was underwritten by a Domestic Violence Impact Reporting Fund grant from the Annenberg Center for Health Journalism at the University of Southern California. It was excerpted, edited and translated by Ethnic Media Services.

Vaccinating Ethnic Elders and Disabled – Hardest to Reach, Most at Risk