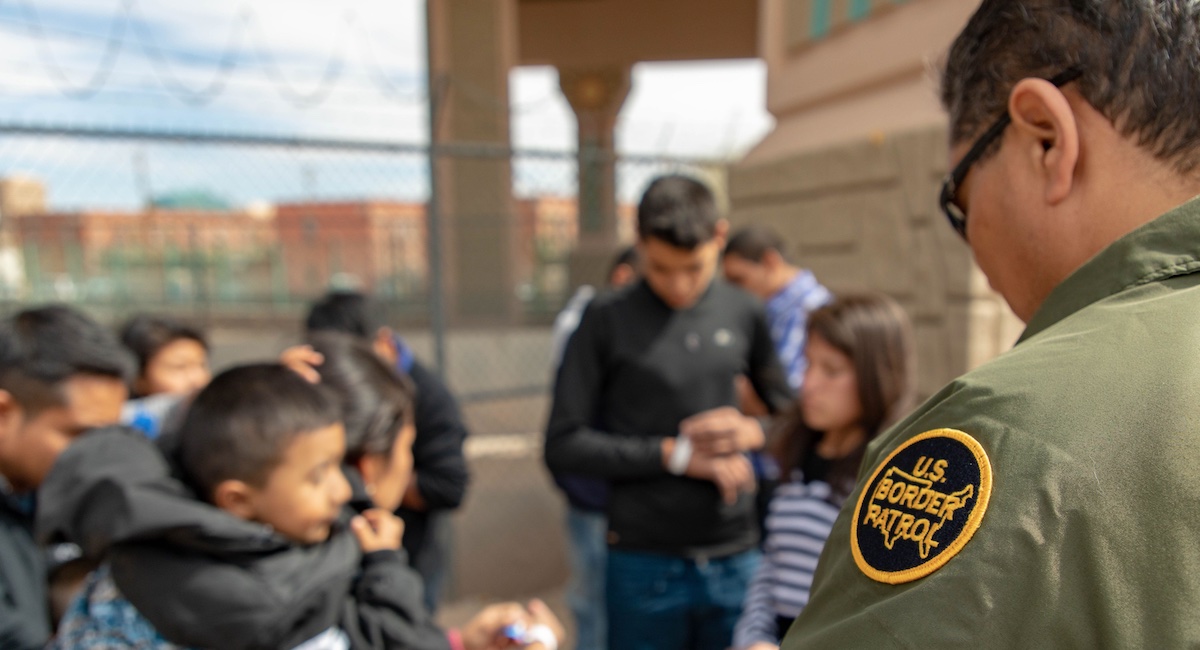 The Trump administration’s efforts to politicize the COVID-19 pandemic are well documented in reporting going back to the earliest days of the crisis. But a new congressional report provides stark detail about the damage done by those efforts and the urgent need for reform.

Trump’s use of Title 42, to block migrants and asylum-seekers from entering the U.S. on public health grounds, is a revealing case in point.

Monday’s report from the House Select Sub-Committee on the Coronavirus Crisis provided a previously unknown detail about the genesis of that effort, which was initiated during Trump’s tenure. Nearly 2 million expulsions have been carried out under Title 42 since the start of the pandemic, including nearly 16,000 unaccompanied minors.

The report confirms that Miller saw an opportunity to eviscerate existing immigration law and used it. It also reveals that Dr. Martin Cetron, director of CDC’s Division of Global Migration and Quarantine and other CDC scientists had strongly opposed the politically generated phony science from the beginning:

Dr. Cetron explained that the “argument about the risk of importing” coronavirus at the border “did not jibe” with the data and realities on the ground, particularly given that “there were hot spots in the U.S. that were much more powerfully overwhelming at the moment.”

Sound scientific analysis was steamrolled into oblivion by political pressure from the Trump White House. The initial fraudulent analysis which offered a politically-expedient rationale for closing the U.S. southern border at a point early in the pandemic when uncertainties abounded, has unfortunately been ratified again and again—in May and October of 2020 under the Trump administration.

Most disturbingly, it was then ratified again in August, 2021, eight months into the Biden administration although a distinguished group of leading public health experts had, within a week of President Biden’s inauguration, written the new CDC Director, Dr. Rochelle Walensky, to explain that the Title 42 order had no scientific basis.

One of the experts, Dr. Ron Waldman, from the Milken Institute of Public Health at George Washington University summarized the situation well, saying,

“By throwing its weight behind Title 42, the CDC is fully embracing a policy that is based on political expediency, not science. There is no question that the United States has the capability, knowledge, and resources to end Title 42. The only thing we lack is the political will to close the chapter on this xenophobic policy.”

By April 2022, the Biden administration had finally heeded pleas from immigrant rights and public health advocates and proposed to terminate Title 42, but anti-immigrant states had already organized themselves to sue to keep it in place. Having carefully gone forum-shopping, they filed suit in Louisiana to block termination.

As expected, the judge issued an injunction prohibiting DHS from planning a return to orderly processing of asylum-seekers petitions and, soon after, ordered the policy be continued indefinitely. And, in coordination with his Republican colleagues in Congress and anti-immigrant states, Senator Marco Rubio introduced legislation to extend Title 42 until 2025 without even pretending to put forward a public health rationale.

What can be learned from the sad Title 42 saga where the Trump administration’s initial subversion of CDC authority has now continued for two and a half years with tragic consequences for thousands of migrants without any substantive review of the underlying science?

One lesson is that in-depth scrutiny of the rationale provided to the public for such a policy is crucial. The initial assertion that asylum-seekers at the southern border would pose a special risk to public health was ridiculous on its face and clearly inspired by racism when it was first put forward. (It’s no accident that it also clearly echoed Trump’s horrific characterization of Mexican, Latin American, African, and Haitian refugees.)

It is, arguably, even more of a dangerous distraction at this point in time because the current incidence of COVID in counties along the southern border is lower than in urban cities of the northeastern U.S. and much lower than in Europe where new COVID variants are surging. The only effective approach to the upcoming challenges in combatting COVID will require increasingly vigorous efforts to vaccinate children and get more adults boosted.

However, the more enduring lesson is that an initial political “seed” masquerading as rational public health action (after a modicum of technical window-dressing) can persist indefinitely and present dangerous distractions to effective strategy and huge barriers to formulating rational policy in the future (as well as continuing to waste American taxpayer dollars).

A bizarre detail in the Title 42 order is that it identifies special categories of potential border-crossers to be summarily deported, although U.S. citizens, lawful permanent residents, and others with visas were admissible—implying that somehow legal status would magically be related to COVID transmission.

The initial bad science provided a springboard for right-wing racist anti-immigrants to inject unrelated complaints (e.g. Missouri being unhappy about the cost of schooling for undocumented students) into the court-ordered public health mandate.

CDC Director Rochelle Wallensky has announced an ambitious plan to “reset” the agency. The Title 42 saga makes it clear that the first, essential, step will be to build a bureaucratic wall that protects the agency’s scientific integrity from malevolent political meddling.

The second step will be for the CDC, Congress, and the courts to rescind Title 42 and for CDC to consult diligently and in good faith with immigrant service and advocacy organizations that have in-depth first-hand understanding of the border situation.

America urgently needs to be a country under the rule of law, rationality and science.

Edward Kissam is a leading researcher and advocate for strategies to deal with COVID-19 in farmworker and immigrant communities. He has led research on farmworker and immigrant issues sponsored by the Department of Labor, the Commission on Agricultural Workers, and the National Institute for Food and Agriculture. He is also a trustee of the WKF Charitable Giving Fund.