For Georgia’s Youth, ‘Maps are Our Future’

Youth activists in Georgia say attacks on the franchise are playing out in the state's current redistricting process. 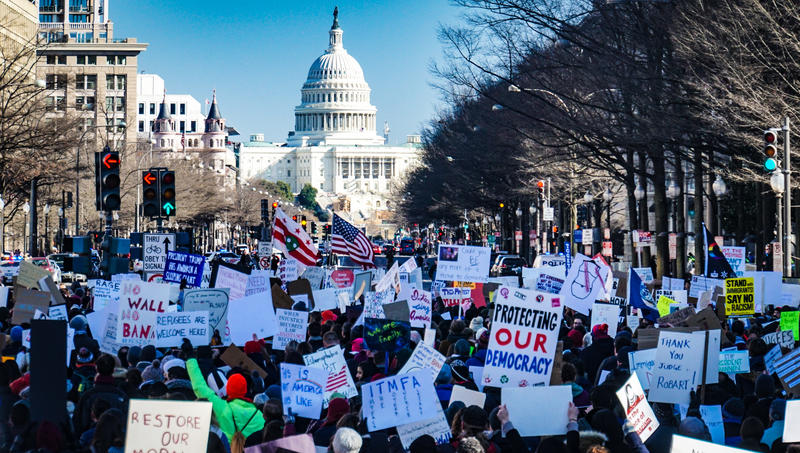 Youth in Georgia say they fear for their physical safety due to their ethnic heritage, preferred gender identity, or even their activism, as they demand the right to speak on behalf of their communities in the state’s current redistricting process.

At a news February 24 media briefing on redistricting in her state, Aunna Dennis, executive director of Common Cause Georgia, described “why and what’s happening to make it harder for people to vote…” especially people who are BIPOC (Black, Indigenous, People of Color).

She cautioned the media against underestimating the zeal of those who are determined to limit equal access to voting. “Attacks on our right to vote haven’t stopped just with the ballot box,” she said, adding obstructionist tactics “are really playing out in our local redistricting process.”

The nature of these assaults on the franchise “is rearing its ugly head,” Dennis contended, a sentiment corroborated by youth activists who spoke at the event.

“Students are spit on in school,” explained Maariya Sheikh, a Muslim student and member of the Georgia Youth Justice Coalition, which promotes civic education and works to engage community youth in the redistricting debate. “In meetings, Black elected officials are targeted by White supremacy groups, policies that ban the teaching of Black history are being pushed for by politicians,” she said, noting such efforts are fueling an atmosphere of “hate against Jewish students and students of color.”

In the 2020 presidential election, Georgia’s Democratic voters played a decisive role in President Joe Biden’s victory. They were also pivotal in the 2021 congressional election that secured Georgia’s two U.S. Senate seats for Democrats, giving the party a matching 50 vote total with Republicans, a tie that can be broken by the Vice President, now a Democrat.

Yet, in Georgia, its state legislature is numerically dominated by Republicans and, under Georgia state law, is the body in charge of not only drawing the boundaries for new congressional districts, but also for the new county and local maps after 2020’s constitutionally mandated decennial census. The subsequent lack of community engagement and the exclusion of opposing opinions, voices, and concerns has been by design, critics charge.

Local district maps are redrawn every 10 years as the population changes, adjustments brought on by births and migration patterns captured by the census, to comply with laws on proportional representation. Districts must be comparable in size. Gerrymandering, however, is the drawing of lines – often through convoluted boundaries – to bestow a numerical advantage to incumbent elected officials and to the detriment of their political opponents.

As Susannah Scott, president of the League of Women Voters of Georgia, noted, if conducted fairly, redistricting is implemented “to ensure each vote carries an equal weight. A fair and transparent redistricting process is fundamental to good democracy.”

Scott continued, “It is incumbent on us to call out for just redistricting processes and demand better from our legislators,” adding she is heartened by the heightened level of engagement of Georgia’s youth as advocates for fair redistricting.

Student Sadie McIntyre concurred. A friend and fellow activist alongside Sheikh, McIntyre said their circle of student activists “has been organizing for months with Young Georgians for Justice for local maps, because for us maps are our future.”

The media briefing, “All Redistricting is Local: Activists Push Back as Georgia State Legislators Draw Maps Diminishing Voices of Communities of Color,” was hosted by The Southern Poverty Law Center, The Southern Coalition for Social Justice, The Georgia Redistricting Alliance, and Ethnic Media Services.

In California Redistricting By the People Works for the People