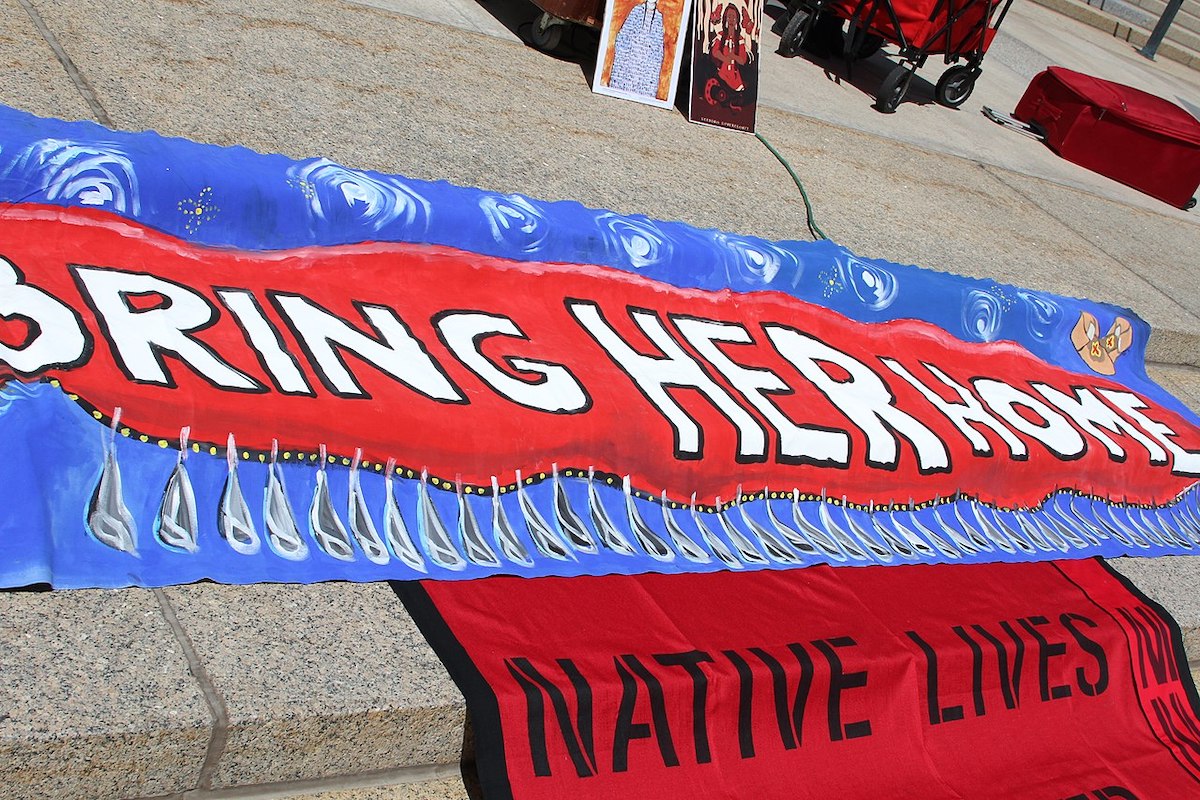 The new system would alert California residents about missing and endangered Indigenous persons in the state.

The “Feather Alert” system, slated to be rolled out in January, was authorized following the passage of AB 1314 in September in response to the epidemic of violence and kidnappings targeting Native American people, especially girls and women.

“The Feather Alert will aid law enforcement and families in getting the word out quickly when a Native individual is missing or endangered by alerting the public in a broad and effective manner,” said Ramos, California’s first Indigenous Assemblymember, during the Dec. 7 event. “Creating an alert or advisory system was a top recommendation from tribal leaders in May to highlight this issue.”

The gathering was held in Coarsegold, about 40 miles north of Fresno, on lands belonging to the Picayune Rancheria of Chukchansi Indians, a federally recognized tribe.

At an initial hearing in May, California tribal leaders called for implementation of an alert system to address the systemic issue of violence faced by Indigenous people. They pushed state lawmakers and law enforcement to take action toward the creation and enactment of the Feather Alert system.

Like other notification systems such as the AMBER Alert or the Silver Alert, which notifies residents in the case of missing elderly people determined to be at risk, the Feather Alert system will be activated by California Highway Patrol at the request of local law enforcement.

Criteria include a determination that the person has gone missing under unexplained or suspicious circumstances, that law enforcement believes the person to be at risk, and that available information suggests the public may play a role in their location.

Washington State and Colorado already have similar systems in place.

At the intersection of race and gender in the epidemic of violence faced by Native Americans is the particular concern of missing and murdered Indigenous women (MMIW). A 2020 study exposed the alarming rates of violence leveled against Native American women and girls, who are murdered at a rate ten times higher than that faced by women and girls of other ethnicities.

In fact, murder is the third leading cause of death for Indigenous women. More than four out of five Indigenous women have experienced violence, with a likelihood of experiencing violence nearly two times higher than that faced by White women.

California has the highest population of Native American residents in the country, totaling around 750,00 and belonging to some 200 tribes. Many live in urban centers like San Francisco or Los Angeles. More rural regions in the north of the state have seen a disproportionately larger number of disappearances of Native women and girls.

The prevailing hope is that the Feather Alert system will lead to more robust and regular public and legislative engagement around the reality of violence confronting Indigenous people, a critical issue they say has long been ignored by lawmakers, law enforcement and the general public.

“For far too long we have been fighting for attention and action on this epidemic, and our relentless efforts are coming to fruition,” said Janet K. Bill, chairperson of the Picayune Rancheria of the Chukchansi Indians, at a June press conference in Sacramento about the Feather Alert system.

“We do not want to be known solely as a statistic, but as the Indigenous people we are that deserve to be found, to be safe, and to be protected by our systems.”