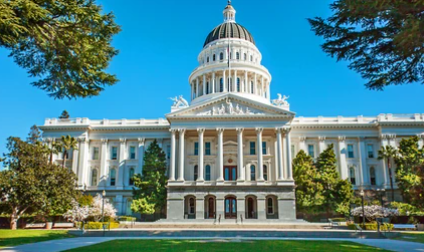 A little-known provision of California’s criminal code condemns an average of three people per week – typically young adults of color — to spend the rest of their lives behind bars for being unwitting accomplices to crimes they did not personally commit.

A measure now before the Senate, SB 300, would change the “felony murder special circumstance” provisions of the penal code to allow a judge to sentence someone to 25-years-to-life in prison for those crimes, with the possibility of parole, instead of the current requirement of death or “LWOP” (life without possibility of parole).

“This bill has the power to provide a lifeline for hundreds of inmates,” Cortese said, citing the average of 130 people per year sentenced to “death by incarceration.”

There are currently 5,234 people incarcerated in California with LWOP sentences. Their average age at the time of their crimes was 19; 2,303 were 25 or younger. For 3,700, it was their first offense. Eighty percent are people of color, 70% black or Latinx.

The story of one, Brian Mason, is told in this video.

Mason was 18, a high school graduate driving a car he bought with job earnings, when he wound up in the wrong place at the wrong time.

As he and some friends were leaving a party that had become uncomfortable, one went back to get a jacket he’d left behind. A fight broke out and escalated to the point that his friend’s younger brother fatally shot someone who was badly beating up the older brother.

When police found a broken chain necklace at the scene, a felony robbery charge was added to the allegations, and Mason, who did not shoot anybody, did not have a gun, did not “aid and abet” a murder or have intent to murder, was thus vulnerable under the special circumstances law, 190.2d. He was found guilty of “reckless indifference to human life” and given an LWOP sentence.

“Brian Mason’s story is all day every day,” Kamlager said. “This law is incredibly inhumane.”

“Studies show that cognitive development doesn’t stop till the age of 25. Studies also show that by the time someone turns 40, their desire to engage in criminal behavior drops precipitously,” Kamlager said. “And yet we continue to support and demand laws on the books that keep someone in prison for life.”

Also in attendance at the press conference were the mothers of two young men serving LWOP sentences and Susan Bustamante, 66, who served 31 years in prison before then-Governor Brown commuted her sentence in 2017.

One of the moms, Joanne Scheer, described her son, Tony, as a civilian Marine Corps worker accompanying a friend picking up a laptop computer when the encounter turned deadly.

The prosecutor deemed the matter of retrieving personal property a burglary, allowing the special circumstances law to apply.

“Tony stole nothing. Neither did he kill anybody. He was in the room when one of the two he was with, a war veteran, suffered an episode of PTSD during an argument and shot and killed a young man.”

“All the prosecutor had to prove what that he was present in the room,” she said. When she tells the story, she said, “People think I’m leaving something out.”

In Bustamante’s case, she was not present when her brother killed her abusive husband, a PTSD-afflicted Vietnam veteran.

“Because I was the wife, I was charged,” she said. By the time of her trial, her brother was dead. “I was not allowed to bring up the abuse, or the molestation. My husband wasn’t on trial, I was, was what they told me, so I had no defense. I was given the LWOP sentence. I had no prior convictions, no arrests, nothing.”

In 2017, then-Gov. Jerry Brown commuted Bustamante’s sentence. She was paroled the next year.

“SB 300, if passed, will help the LWOP population who are convicted of felony murder. I am honored to be a part of this bill and so hopeful for the women inside that it will pass,” she said, fighting back tears. “There are so many who should never have gotten this ‘death by incarceration’ sentence.”

“I served 31 years, missing so much of my life and the lives of my daughters and family,” she said, “for a crime I didn’t commit.”