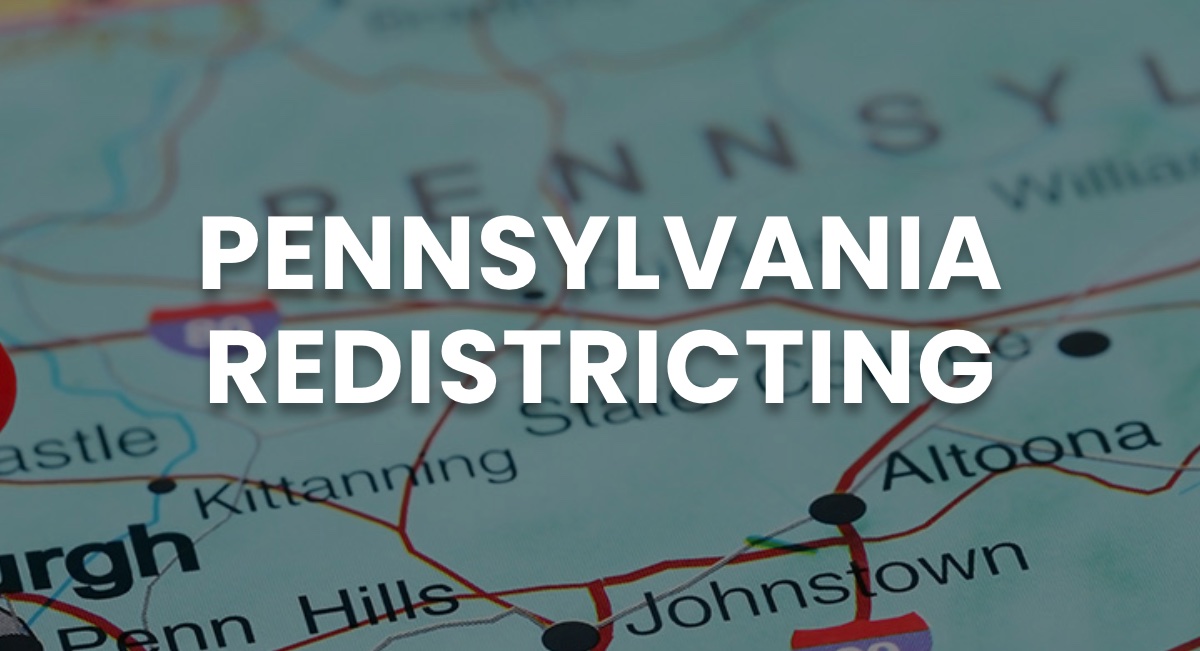 Ogunmefun, speaking at a redistricting symposium for media hosted by Ethnic Media Services, said her organization’s efforts were largely concentrated on seven of the state’s 67 counties, including its largest ones, such as Philadelphia, Delaware, Montgomery, and Alleghany.

Ogunmefun attributed the starkness of the disparities between wealthier communities and poorer ones to past policies and practices that failed to address bread and butter issues, for example the state’s $7.25 an hour minimum wage or its dearth of adequate funding for schools in poorer communities.

Arguing that community self-determination is expressed through voters being able to elect candidates of their choice, she noted that “we were able to add an additional six districts in the state house that allow for people of color, by definition of a coalition district, to actually elect people who are going to be more accountable to their actual communities.”

Pennsylvania Voice’s success in securing new maps and fairer electoral representation, though in large part due to the tireless community education groundwork of its coalition partners, is also directly attributable to the state’s Legislative Reapportionment Committee (LRC).

The LRC is comprised of two Republican and two Democratic legislators, but its chair, Mark Nordenberg, a highly esteemed and long-serving educator, was appointed by the state’s Supreme Court, at the request of LRC members, with a mandate to strive for fairness in the committee’s deliberations.

“In the first few hearings, the experts were all White, focusing on things that were important – like rural communities – but no experts addressing needs of BIPOC communities,” Ogunmefun said.

Noteworthy, she explained, was that the LRC agreed to invite other experts representing the interests of BIPOC communities to present testimony, expanded the hours during which the hearings were held so that more community residents could testify, solicited feedback on the initial draft maps and adopted some of those recommendations in the final version.

The payoff in fairer maps was validation that years of community organizing and voter education can yield tangible results. Maria del Carmen Gutierrez is Senior Director of Membership with CASA, which focuses on the empowerment of LatinX communities. She said her organization is committed to the long-haul of securing fair electoral and community representation.

“We are not leaving behind any members of our community, no matter what color they are and no matter what language they speak. We delivered, personally, those unity maps, to the LRC.”

Redistricting a through-line to voter education

Gutierrez conceded there was a time when her focus on the electoral component of the political process centered solely on voting. “I have to be very honest; I didn’t know what redistricting was.”

Spanish-only speakers, or for that matter, any foreign language speakers – particularly immigrants – are typically unfamiliar with the concepts of reapportionment and redistricting. However, the Trump administration’s efforts to add a citizenship question to the 2020 census form sparked a critical mass of opposition that, though likely unmeasurable, ramped up public interest in redistricting.

“CASA was part of the allies that defended the authenticity of the census at the Supreme Court. I am talking before 2020,” Gutierrez said, “stopping the desire to use that critical tool of democracy for public and private interest.”

The constitution mandates that all residents of the United States be counted every 10 years. Had the attempted change to count only citizens been successful, it would have affected the reapportionment of congressional seats assigned to each state after every census. It also would have skewed the federal formulas and reduced the amount of revenue allocated to those affected states, counties, and cities.

Gutierrez said CASA, and the coalitions that opposed the proposed change, wanted to “clarify that the census was not going to be used to identify the citizens from non-citizens.”

Though the addition of the proposed question was ultimately quashed by the Supreme Court, the battle over the citizenship question and the census was a through-line to increased community education on voting and ultimately redistricting. Census work became the springboard to teach community members how to draw the maps that defined their environs – the places and neighborhoods that defined their communities.

However, Kris Henderson, Executive Director, Amistad Law Project, said “tens of thousands” of incarcerated individuals across Pennsylvania, who should be counted in the communities where they lived prior to incarceration, are still counted where jailed, often in more rural communities far from their homes.

“We were successful in framing it as a racial justice issue,” Henderson said, and though legislative progress was made in addressing this phenomenon – prison gerrymandering – Henderson noted that the original legislation was amended, extending the benefit of being counted in home communities only to those serving less than 10 years. That amendment tweak, unless rescinded in a future legislative session, will result in excluding those prisoners serving longer terms until after the 2030 census.

“They were trying to take away our representation and this was just another example of that,” Henderson contended.

Yet, Henderson noted there have been more competitive primary races in the state and the final elections likely will be more competitive as well. “In years past, folks rightfully felt that it didn’t matter one way or the other” if they voted.

That change – from indifference to participation – is a tectonic shift. “Redistricting is more important than voting,” Ogunmefun argued, but she advised community organizers and advocates in other states to “start the process at least six to seven years out” before the beginning of the next census and redistricting cycle.

(Correction: An earlier version of this story misidentified Salewa Ogunmefun’s organization. She is the Executive Director for Pennsylvania Voice. We regret the error.)

For Georgia’s Youth, ‘Maps are Our Future’