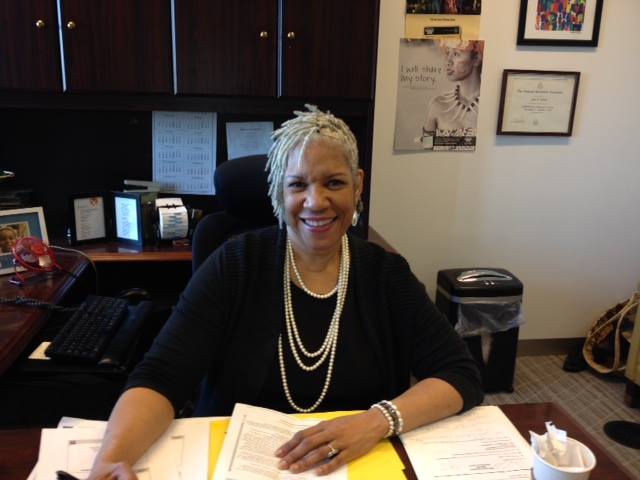 Jeri Green at her desk at the US Census Bureau in 2016. For over three decades, Green has helped make the decennial census a leading civil rights issue, both as a Census Bureau insider, and now as an advocate for the National Urban League.

WASHINGTON, D.C. — Jeri Green’s passion for the census is still sunrise bright. An outspoken champion of the concerns of African Africans and any people who have been diminished, marginalized or systemically undercounted, she is an enthusiastic and determined advocate for how participation in the census can contribute to healthier communities and a more equitable America.

“Let’s talk about the need for public education,” Green said. “We know African American children continue to be undercounted every census and likely will be so again in 2020. Same for Latino and Native American children. When we say, ‘Count every child in your household,’ it means just that. Grandchildren count, foster kids count, play cousins count. Unless this message is delivered and repeated over and over, families will miss receiving resources that are rightfully theirs.”

“And, quite frankly, why can’t we do a better job of counting formerly incarcerated Black men? They are returning citizens and we should be able to design ways to make sure they show up in the census as well.”

“And, quite frankly, why can’t we do a better job of counting formerly incarcerated Black men? We already know they are a disproportionate percentage of the over 650,000 individuals coming back to our communities from jails and prisons every year. They are returning citizens and we should be able to design ways to make sure they show up in the census as well.” 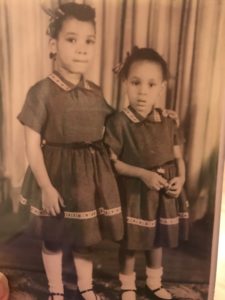 During her 20-year career at the Census Bureau, Green coordinated visits by congresspersons, the General Accounting Office and the Inspector General’s personnel, among others, to census field sites. “Individuals who have oversight responsibility or whose agencies conduct audits to make sure taxpayer dollars are being well spent, have a right to inspect and observe, but those visits have to be scheduled and conducted in a way that doesn’t interfere with the enumeration process or the public’s right to privacy.”

In 2017, she retired as Senior Advisor for Civic Engagement to former U.S. Census Bureau Director, John Thompson. “He had left the Census Bureau and returned after a decade as a political appointee. He asked me to help him get reacquainted with the issues and concerns of the Civil Rights community, to establish some outreach.”

Green’s experience made her ideally suited for the task. “When I started full-time, I was working on the advisory committee level,” she recalled. “In addition to serving as the liaison to the technical advisory committee, I was responsible for the five ethnic stand-alone advisory committees: Black; Hispanic; Native American and Alaskan; Asian; Hawaiians and Pacific Islanders.

“Back then, each committee had its own chair and vice chair. My job was to understand their needs, engage with them and get to know and understand their issues. I just thought I could automatically do this, that it was just a natural fit for me because — I’m Black! And I know all these issues. Wrong, wrong, and more wrong,” she said laughing.

“You cannot just assume, because you’re a person of color, that you understand another culture. It took time to talk to Native Americans, to understand the road they traveled and their customs. It was the same for each of those committees. It was a very humbling experience that made me a stronger employee and a stronger translator for the Census Bureau. I had to develop a level of trust that the Bureau didn’t have with these communities.”

Regarding her decision to resign, she said when Director Thompson opted to leave in 2017, “I followed him out the door. It was time.”

Her 10 years of prior employment in the District of Columbia government counted toward federal retirement eligibility. Reasons for leaving were personal and professional. For one, the politicization of the Census Bureau, under the Department of Commerce’s then new Secretary Wilbur Ross, carried some weight.

Green opposes Ross’s efforts to add a question on citizenship to the 2020 form. She concurs with other experts that doing so would likely reduce the number of survey respondents and thus undermine the government’s constitutional mandate to count all residents. But, the citizenship dispute, soon to be decided by the Supreme Court, was just one factor in her decision.

Despite the Census Bureau’s growing emphasis and reliance on technology for the 2020 count, “we are still going to need human capital and the funds won’t be there,” Green said. During the Obama administration, the Republican-controlled Congress mandated that 2020 Census costs be held to the life-cycle costs of the 2010 Census. “Who in the world can buy 2020 groceries on a 2010 budget?” she asks. In her opinion, already, and as a direct result of insufficient funding, there have been other consequences that may negatively impact census accuracy.

Between imagining how her daily work might be constrained and what she would do with more time to herself  — continue practicing and performing with D.C.’s own KanKouran West African Dance Troupe or devoting longer hours to genealogical research — the idea of retirement began to fit like a favorite garment. She didn’t see the phone call coming, but she heard the message loud and clear.

“Marc Morial dialed me up on my cell phone right after I retired from the Census Bureau and said, ‘We need you,’” Green recalled. As president of the National Urban League (NUL) for over 15 years, a two-term mayor of New Orleans, and a former Louisiana state legislator, Morial knows and understands how census-derived revenue pours into county and city coffers to fund infrastructure projects and social service programs.

Morial chaired the 2010 Census Advisory Committee, an entity not reconstituted by the Trump administration for the 2020 Census. The committee focused on Hard-To-Count communities and had become part of Green’s portfolio during Morial’s tenure. Green now serves as senior advisor to the NUL on the 2020 Census and is a key participant in the NUL’s Census 2020 Black Roundtable, but her path to the NUL began long before.

Just as the Morial family can trace part of its lineage to the Whitney Plantation in Louisiana, Green’s folk, on her mother’s side, are descendants from formerly enslaved laborers on the Worsley Plantation near Rocky Mount in Edgecombe County, North Carolina. 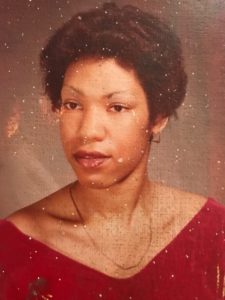 Green as a college student at the University of Maryland, College Park.

Green was born in Washington, D.C., a descendant of part of the African American Worsley migration that eventually settled here. “My grandfather used to make me and my little sister hoe-cakes. He couldn’t read or write, nor could his mother, who was a formerly enslaved woman.”

After Eastern High School, Green pursued her undergraduate degree in Afro-American studies at the University of Maryland, College Park. At the time, there was no rapid public transportation linking her Washington neighborhood to the College Park campus as the D.C. Metrorail system had not been built. Without a car, the bus ride stretched out interminably. Travel time proved less a barrier than the social climate she encountered.

“Yes, it was only 15 miles, but it was like going to the Deep South, culturally and otherwise,” Green explained. “It was a real eye-opener for me. The whole blackface thing with Gov. Northam in Virginia? That was nothing. We saw blackface all the time at College Park in the 70s, a land-grant university built by formerly enslaved people.”

At College Park, she also encountered the Pan Africanism of Kwame Turé, the former Stokely Carmichael. “He made regular visits out there and would encourage us to be active and to fight injustice. We were the ones who fought for tenure for Black professors, for African American studies programs, and for the establishment of the Nyumburu Cultural Center, which provides a physical space for meetings and activities and is still there today.”

“African Americans are struggling to deal with police brutality, voter suppression, gentrification, and access to health care … so getting them to turn their attention to the census takes time and commitment.”

While earning her master’s degree in Urban Planning and Urban Affairs at Washington University in St. Louis, Green had her first prolonged encounter with “reams and reams of census data.” Job opportunities brought her back home where she worked for a few organizations before being hired by the D.C. Department of Public Works. It was a sprawling agency that Green recalls “was responsible for almost anything in the city with wheels, from public transportation to trash collection” before its duties were parceled out in a city government reorganization. Most of her time was spent working out of the mayor’s executive office. She served under Mayors Marion Barry and Sharon Pratt Kelly.

A mentor encouraged her to apply for openings at the Department of Commerce during its recruitment drive to staff the 2000 Census. “I left a full-time job at the District government to join the Census Bureau as a temporary employee in 1997,” Green said.

The practice of bringing former temporary workers aboard after a decennial year is not unusual, those workers’ skills and performance having been subject to evaluation by Census Bureau staff who can then make full-time job offers to the best prospects. 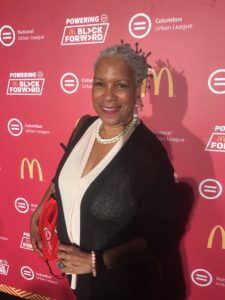 “African Americans are struggling to deal with police brutality, voter suppression, gentrification, and access to health care,” she observed, “so getting them to turn their attention to the census takes time and commitment. But when you look at the issue of Black men being counted where they are incarcerated instead of where they reside, and how that affects political representation and the electoral process, what we at the National Urban League call prison-based gerrymandering, and then you also count the per-person census dollars lost to their communities because, again, that money stays within the communities not their own where they are imprisoned, we cannot remain silent.”

Green still bristles as she talks about the first census in 1790 when African Americans were not counted as full human beings – Native Americans not counted at all. And she has found, within an analysis of the 1860 Census data — and, due to the Civil War, the last census that recorded a captive population — names and information on some of her forbears in North Carolina. She knows full well, however, that most Africans Americans won’t be as fortunate in their quest for family, kinship, and identity.

“Instead of being defiant and not participating in the census, be defiant and let America know we’re still here,” Green inveighed.

Looking to the other side of the 2020 Census, Green envisions more time with children, grandchildren, and, she said, quite frankly, “I’m trying to be on somebody’s beach.”

Ed. Note: This story is one in a series of EMS profiles of leading advocates for the 2020 Census.

Khalil Abdullah is a contributor for Ethnic Media Services. He has served in a number of administrative roles with New America Media, The Beat Within, and the Washington Afro-American Newspaper, among others.