County expands free vaccine program – No appointments needed, but you have to be at least 12 years old 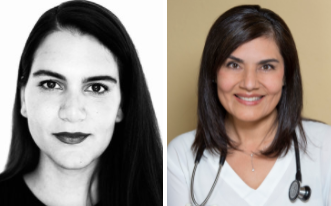 LOS ANGELES — COVID-19 vaccines are now available for free to anyone in Los Angeles County who can show they’re at least 12 years old. Where you live, or whether or not your papers are in order, just doesn’t matter.

But meanwhile, of the new COVID cases occurring, 21% are among young people, up from 3% a year ago.

The Los Angeles County Office of Immigrant Affairs presented these facts and addressed a wide range of fictions about COVID-19 and the vaccinations needed to stop new cases and to prevent new virus variants from taking hold at a virtual town hall presentation it organized on May 20.

“The sooner we get our families vaccinated, the safer we will all be,” said Rigo Reyes, OIA director.

There are now more than 750 places in Los Angeles County where you can get a vaccine. If you need to know where they are, call (833) 540-0473.  That telephone line is open every day, from 8 a.m. to 8:30 p.m., in many languages. Besides finding out where you can get a shot, if you need a ride to get there, or if you or someone you live with needs to get your vaccine at home, just say so and they’ll arrange it.

And if you can’t get through at that number, call 211, or go to the internet: vaccinatelacounty.com which includes a Spanish-language link to its information, or the county Department of Public Health website which offers its information in many more languages.

“We want everyone to get vaccinated,” said Dr. Eloisa Gonzalez, of the county Department of Public Health, one of the speakers. “If you show up, you will be vaccinated. You will not be charged. We will never share information with other agencies, including immigration. It’s none of their business.”

Asked about the safety of the vaccines for people with asthma, or diabetes, cancer, or allergies, Gonzalez replied that the risk of contracting COVID-19 for people who have those conditions is greater than any risks posed by the vaccines themselves.

Test subjects of all approved vaccines, she said, included people of color, kids, those with underlying health conditions, and more.  In fact, she said, having one of those conditions “is all the more reason you should be first in line” to get a vaccine.

Also on the panel was Valentina Pereda, a documentary filmmaker who researches misinformation in Latinx communities and worked for the Obama administration in communications.

Pereda addressed concerns she’d observed transcending borders and cultural differences around the world. Among them: allegations of schemes by Microsoft founder Bill Gates and/or philanthropist George Soros, rumors that the vaccines include microchips that will allow tracking of immigrants’ whereabouts, of a risk of being sterilized, or that getting vaccinated will change your DNA.

“That’s kind of on the crazy side,” she said of those issues, “but we are in a time now when there’s a lot of confusion. Anybody can put on a doctor’s coat and start a YouTube channel and seem convincing. Have a conversation, be patient, ask more questions.”

“There are influencers out there who don’t necessarily know the science and may cast doubt about whether these vaccinations are safe,” Gonzalez concurred. But, addressing one rumor that she said would worry her too, Gonzalez said, “there is at this time no evidence that points to there being any impact on fertility. No scientific rationale that there could be.”

But even as recently as last year, Pereda acknowledged, women held in U.S. immigration detention camps were subjected to hysterectomies without their consent, rendering them infertile, so “there’s definitely a history there.”

“Medical mistrust is rampant in a lot of immigrant communities,” she said. “Spanish, black, Arab, Asian Pacific … Also, people form a deep distrust of government in some countries.”

And cultures around the world have centuries of experience with alternative medicines that can, indeed, be helpful in easing some of the symptoms of the COVID-19 pandemic.

“But sometimes you need intervention,” she cautioned.

“Latino adults continue to be among the most UN-vaccinated groups. There needs to be proactive communication on this issue.”

A third of the people in Los Angeles County were born in another country, Reyes pointed out, “so we need to be mindful of culture. If you have any doubts, please give us a call.”