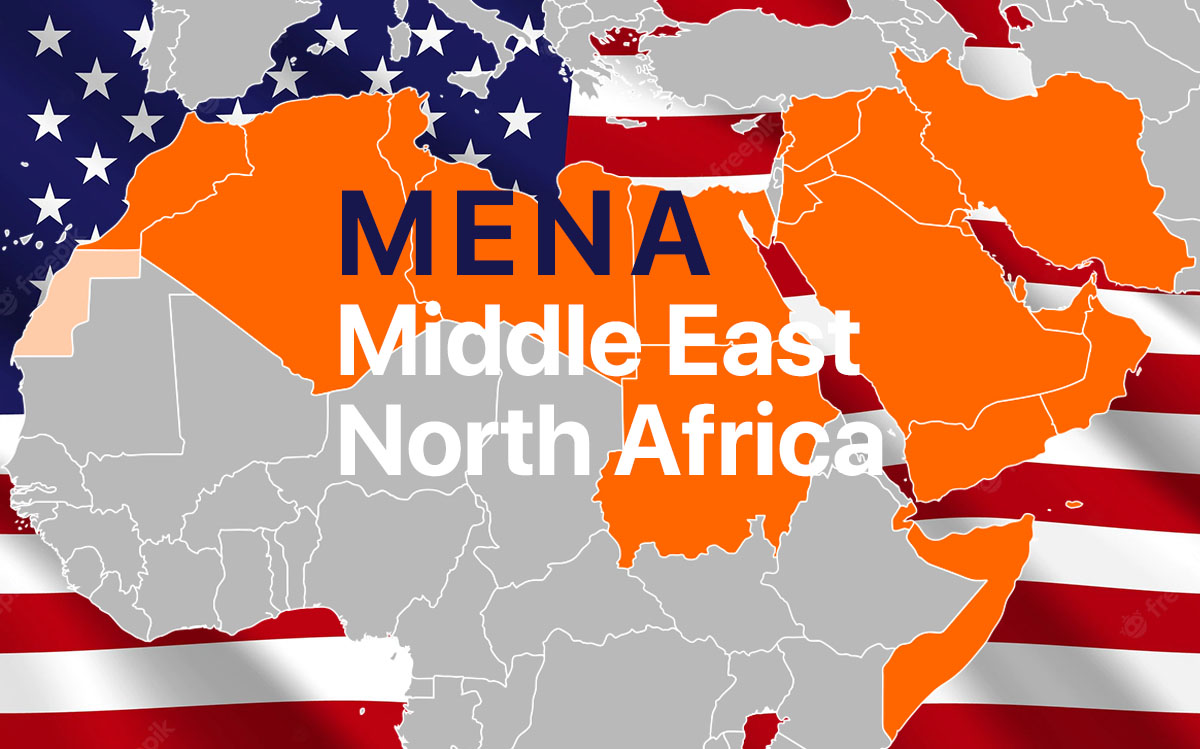 Los Angeles – For generations, millions of Americans whose roots lie in the Middle East and North Africa — MENA — have essentially become invisible people because the Census Bureau has denied requests for their own racial category.

“Legally, in America, I’m classified as white,” says Dr. Hamoud Salhi, associate dean of the College of Natural and Behavioral Sciences, CSU-Dominguez Hills. “I was born in Algeria, which is part of Africa, so technically I could declare myself as African American, but I can’t.”

Palestinian-American Loubna Qutami, a President’s postdoctoral fellow at U.C. Berkeley specializing in ethnic studies, says that since MENA doesn’t have a classification of its own, it legally falls under the white category.

MENA populations have their own specific needs for health care, education, language assistance and civil rights protection, but they have no way to advocate for themselves because numerically they are folded into the category of white Americans.

To change this, Dr. Salhi, Dr. Qutami and other MENA leaders have been mobilizing their communities to participate in the 2020 census, encouraging people to write in their ethnicity. They spoke 10 other experts and activists on a May 13 two-hour video conference organized by Ethnic Media Services on the historical, linguistic and political challenges that make the MENA population among the hardest to count in California.

Geographically, MENA populations live on three continents — from the border of Afghanistan south to the tip of Africa — and in 22 nations in the Middle East alone, with numerous subgroups such as Kurds, Chaldeans, Assyrians, Armenians.

“North Africa is actually a concept that the French gave to Tunisia, Morocco and Algeria, which they colonized,” says Dr. Salhi. The neighboring countries of Egypt and Libya were added later.

Because of their shared Arabic language and Islamic religion, people in the United States from North Africa were lumped together with people of the Middle East to form the MENA acronym.

Requests for Representation Denied for Decades

For decades, the Census Bureau has turned down requests to add MENA to the official category of races, currently white, black or African American, American Indian, Alaska Native, Asian American and Native Hawaiian and other Pacific Islander.

The result, says Dr. Qutami, artificially props up the white population count, which has been in decline, while suppressing the count of MENA residents who don’t identify themselves as white. According to the 2015 Census Bureau’s “National Content Test – Race and Ethnicity Report, “As expected, the percent reporting as White is significantly lower with the inclusion of a distinct MENA category when compared to treatments with no MENA category.”

“That’s equivalent to the entire state of Georgia,” Vaca emphasized. At home, most of those immigrants speak one or more of 200 languages other than English.

Homayra Yusufi, from the Partnership for the Advancement of New Americans, broke down the face of diversity in just one San Diego neighborhood that her organization serves: “We have 45 different national origins — from MENA, Asia and Latin America — who speak more than 100 languages in the 6.5-mile City Heights district, a distinct community of refugees and immigrants.” Educating and motivating these groups to participate in the census is a way to engage them in the civic life of the wider city.

Historical necessity — what specific immigrant groups have done to survive — also plays a role in the MENA undercount. Up until the mid-20th century, only whites could own property, and only “free white immigrants” could become American citizens.

To survive and advance, Middle Eastern immigrants successfully petitioned the federal courts to be allowed to identify themselves as white in 1920. North African immigrants, as members of the MENA population, got pulled along and found themselves legally classified as white as well.

The discriminatory policy for citizenship and property ownership favoring whites only ended with passage of the Immigration and Nationality Act of 1952. But even then, MENA communities found it difficult to raise funds and mobilize calls for action to address their needs. They didn’t know where their fellow compatriots were located and couldn’t raise official numbers to request funds and resources.

“We were helpless. In many instances, we had to generate our own data,” says Dr. Qutami.

Over the years, the Census Bureau has never clearly answered why they’ve refused to include the MENA classification, despite concluding, in a 2017 report, that “the inclusion of a MENA category helps MENA Respondents to more accurately report their MENA identities.”

The bureau again turned down the 2018 request for the 2020 census. Karen Battle, chief of the bureau’s population division, announced in a public meeting on census preparations that “We do feel that more research and testing is needed.”

MENA advocates believe filling out the 2020 census is the only way to avoid another undercount. Without doing this, Yusui says, “our communities will continue to be invisible and left in the margins because data really matters.”

Gaining services customized to MENA’s needs is only part of what’s at stake. So, too, argues Yusufi, is building power. MENA populations then can elect individuals “who reflect the needs of our communities and hold lawmakers accountable” when they stigmatize MENA communities.

Participation in the Census is the First Step to Representation

Kathay Feng of the nonpartisan watchdog Common Cause emphasized that participation in the census is the first step to representation. In America, resources and rights are accorded by representation based on the number of residents at all levels, from the state down to the municipality, in proportion to the total population.

“Everyone is counted, regardless of immigration status or whether they are registered voters or not,” Feng said, “because all residents pay taxes in one way or another, and most immigrants would eventually become citizens in the long run.”

Every 10 years, immediately after the decennial census submits population data, electoral districts are redrawn. In California, which has been at the forefront of redistricting reforms, the old practice of allowing legislators to draw district lines based on which populations are sure to vote them back into office — known as gerrymandering — was replaced in 2009 by independently selected commissioners. Nine other states have followed California’s lead.

Engage at the Local Level

But, Feng emphasized, to be effective and to ensure their voices are heard, residents have to be engaged at the local level. And this year, there is a danger that anti-immigrant forces will restrict the residents who count in redistricting to voters only.

“In the city of El Cajon, San Diego, we faced a lot of discrimination, especially when the Syrian refugees arrived. Our children got bullied in school but the schools didn’t want to adopt any bullying policy because we don’t have representation,” said Dilkhwaz Ahmed, executive director of License to Freedom. “Representation is very important to us as a Kurdish community, as refugees, and as immigrants.”

Emilio Vaca is optimistic that California can meet the undercount challenge: “As of May 11, California has a self-response rate of 59.6%, which is above the national average of 58%.” This is all the more impressive, Vaca noted, given how the pandemic has affected outreach.

Many of the speakers on the call testified to the ongoing efforts to shift to virtual outreach and “drive by” caravans and taking the census to where the people are.

“We had a food bank event for the Middle Eastern and Muslim community in south Sacramento that attracted more than 2,000 families who came by cars, and we actually engaged with them about the census in every single car,” said Basim Elkarra, executive director of CAIR in Sacramento. “Many were recent refugees.”

The 2020 census form doesn’t include the MENA racial category, but Question 9 allows respondents to write in “MENA” and their specific ethnicities such as Lebanese, Palestinian, Algerian or Kurd.

Being visible in the 2020 census, the speakers agreed, will lay the foundation for the next few MENA generations to build on what this generation has started.

The Funding Pyramid Needs to Be Transformed