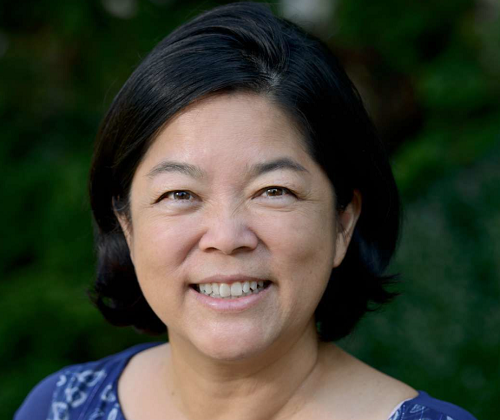 Armed with nearly-completed 2020 Census data, states soon will begin adjusting how their communities are represented in U.S. politics.

Population losses or gains trigger “reapportionment” — a change for the next 10 years in how many seats each state gets in the 435-member House of Representatives. Those representatives must be elected from distinct districts in a state, so reapportioning kicks off “redistricting.” The state gets to redraw political districts, also affecting state and local elections.

The nonprofit organization Common Cause for years has worked to improve the redrawing process that, in theory, gives everyone an equal voice in politics and voting as their communities change. But the process is different in every state and traditionally fraught with partisanship, as whatever party is in power tries to maintain it by drawing new political district maps.

Common Cause hosted a press briefing March 24 to discuss some of 2021’s unique challenges and opportunities for future improvements.

Joining Common Cause National Redistricting Director Kathay Feng in the discussion were Jeanine Erikat, community organizer in San Diego for the Partnership for the Advancement of New Americans; Oscar Hernandez, of the Texas nonprofit Houston in Action; and May Yang, public policy manager of the Minnesota Council of Foundations’ Our Maps Minnesota project.

“These communities,” Feng said, “each face unique challenges in being counted and represented.”

California is one of six states using independent redistricting commissions. Texas and Minnesota are among the 33 states whose redistricting is managed by the state legislature.

Texas and 22 other states have a Republican governor and Republican majorities in both houses; Minnesota is the only state where control of the two houses is split between the parties.

Redistricting has always been politically volatile, and this year promises no change: Politicians are poised to draw new district boundaries to improve their own re-election chances, not to improve representation in changing communities. This effort to put a finger on the scales is commonly known as “gerrymandering.”

“Both parties are culpable when it comes to redistricting and gerrymandering,” Hernandez said.

Common Cause has long championed the creation of nonpartisan, independent commissions such as California’s, instituted in 2010, that gather community input and make decisions transparently.

Lacking commissions, politicians who believe they might be voted out of office can split a community into several districts to dilute its voting power, or redraw the district boundaries to ensure it includes enough likely supporters who will re-elect them.

“Instead of having representation, people in power select who is going to vote for them,” Erikat explained.

The For the People Act, a House-approved bill now before the U.S. Senate, addresses a range of voting-rights issues, including several related to redistricting and one that requires all states to have politically independent redistricting commissions.

Delays in receiving 2020 Census data, caused in part by the COVID-19 pandemic, have complicated this year’s work on political boundaries. So, too, have census-gathering flaws such as defining people’s ethnicity that Common Cause and others have long sought to change.

For example, no category exists to accurately describe people from Northern Africa and the Mideast, Erikat noted. The Census Bureau concluded in 2015 that it would help to add a “MENA” (Middle Eastern/North African) option as an ethnicity identifier for the 2020 Census but in 2018 decided against it.

“Our only option is to check the ‘white’ box,” Erikat said. “The census effectively whitewashes these communities.”

Because Middle Eastern community members are unrecognized in the census, showing up to testify in the redistricting process is the only way for them to be heard.

Hernandez views the challenge of gaining equitable representation as being in part educational. Even if results are slow to arrive, he said, it’s important, as it was in the run-up to the 2020 Census, for communities to understand what’s at stake and how the process is intended to work.

“The Latinx community is growing fast, accounting for Texas population growth and its potential three new seats in Congress,” Feng said, “but is often purposefully excluded.”

Texas had refused to fund efforts to get out the word about the importance of being counted in the census, even though it knew an undercount would cost it Congressional seats with no hope of remedy until after the next census, in 2030.

Hernandez described the motto for his “unity mapping” campaign in Texas: “Nothing about us without us.”

In the Midwest, Hmong and other Asian American communities “face challenges in language and navigating technology,” Feng said. “They need extra help to make sure they are counted by the census and can give meaningful community testimony to ensure their communities are recognized in redistricting.”

And in Minnesota, Yang described a “very intentional and culturally competent” effort to create a “community-focused, accessible redistricting process” that could inspire communities to get involved in redistricting in the long term.

“We know that our communities know themselves best, and we want to empower them,” Yang said.