Shifting The Sources Of Drinking Water In California 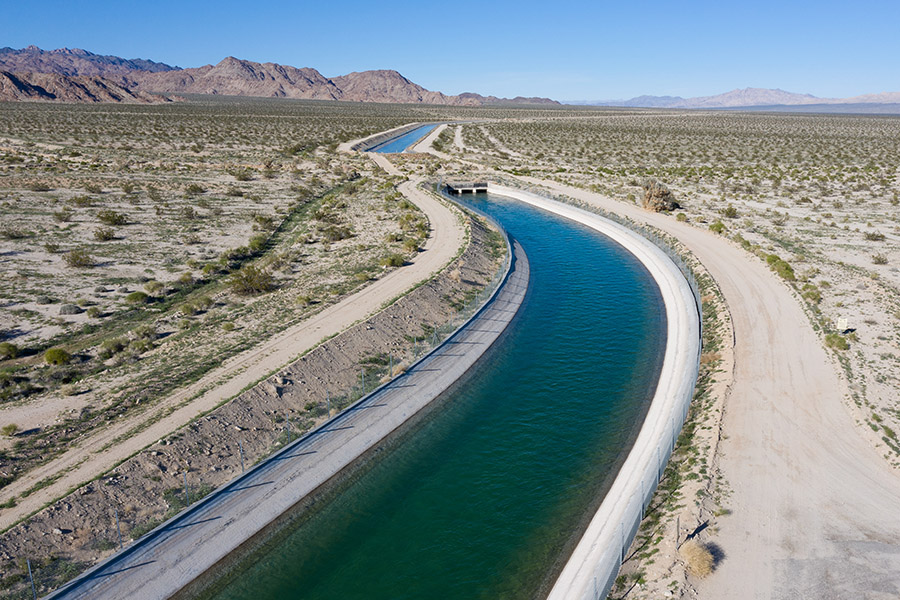 This article appeared in India Currents May 14, 2019

Even at a time when the California snowpack is 161% of the historical average for April, water experts are concerned about water optimization, usage, storage and conservation. “We’re evolved into a society of water seekers,” said Jon Christensen, an adjunct assistant professor in the Institute of the Environment and Sustainability at UCLA and a founder of the Laboratory for Environmental Narrative Strategies, explaining why the average means nothing.

Snow is important especially over the Rockies, which feeds the Colorado River that then supplies water to seven states in the United States and to Mexico. But due in part to climate change, unprecedented drought and over allocation, the Colorado River water has been slowly evaporating, and at its southernmost tip in Mexico the river is completely dry.

In March, water managers from seven states, including California, announced a Colorado River Drought Contingency Plan (DCP), which aims to cut water use through 2026. The plan was approved by Congress and signed by the president mid-April. The DCP reduces the risk to the Colorado River reservoirs, which are at their lowest levels since the 1960s.

In early April, as part of an Ethnic Media Services initiative, along with six other journalists, I was taken on a two-day tour of the water infrastructure owned and operated by the Metropolitan Water District (MWD), a state-established cooperative of 26-member agencies supplying water to 19 million people in six Southern California counties. From reservoirs and lakes to intake plants and treatment plants, we met MWD’s managers, scientists, engineers and operators and observed how water flowed across the mountains and valleys of California before emerging out of Southern California faucets. During the tour, it became clear that with or without the DCP, dependence on the river as a significant source of water is a precarious position to be in.

In his book Water is for Fighting Over, John Fleck, director of the University of New Mexico’s Water Resources program, summarized the situation: “Over the last century, we have taken the river’s water, moving it through dams and canals to grow a hydraulic empire of farms and cities across the semi-arid Colorado River Basin. By the time the Colorado River approaches its feeble desert end, much of its water has been diverted to Denver, Albuquerque, Phoenix, Las Vegas, Los Angeles, Mexicali, and vast farmlands in between.”

California, at the moment, is sitting flush with heavy snowfall. Diamond Valley Lake reservoir, near Hemet, south of Riverside, is MWD’s largest reservoir, four and a half miles long and two miles wide with a storage capacity of 810,000 acre-feet of water. The water level is relatively high in the reservoir since the lake is not solely reliant on Colorado River water. “Pipelines bring Colorado River water and State Water Project water, which is water from Northern California, into the lake,” said Mickey Chaudhuri, assistant group manager of the water system operations. “The target is six months of emergency storage to serve our drinking water needs,” he said.

In 2014, during California’s drought, the lake was less than one-third full and a lot of Colorado River water was moved in to the lake, Chaudhuri explained. The region saw a record wet year in 2017 and the water in the lake doubled from the previous year. “Now we’re in a surplus year,” Chaudhuri remarked, “putting water in storage for another drought year.”

Just 300 miles to the northeast of Diamond Valley Lake, the water in Lake Mead’s reservoir, which sits on the Colorado River in Nevada and Arizona, is about 140 feet below capacity level, according to Mark Cook, manager of the iconic Hoover Dam. The dam feeds Lake Mead, the largest reservoir in the United States with a capacity of over 26 million acre-feet.

Lake Mead has been far below capacity since 1983, the last time that Hoover Dam’s spillway gates opened up and excess water was streamed into the Colorado River bypassing the dam’s hydroelectric turbines. At present, the reservoir is at 40% of capacity.

The DCP, now approved by Congress, is a collaboration between the partner states to contribute water to Lake Mead and Lake Powell, two of the Colorado River basin’s largest reservoirs, in order to maintain optimum storage levels.

Based on allocation agreements, 4.4 million acre-feet of Colorado River water comes to California and gets distributed mostly to the coastal plains of Southern California. A good 88% of this water is earmarked for agricultural use and the rest goes to MWD.

Since 1990, the Colorado River water has been supplying 27 percent of MWD’s water needs, with the State Water Project and local ground water delivering 33 percent each, and conservation and recycling accounting for the rest.

“The business model portfolio is changing,” said Deven Upadhyay, the chief operating officer and assistant general manager of MWD. He projects that in 2040, MWD’s need for Colorado River water will fall to 15 percent and water from conservation and recycling efforts will increase to one-third of the total water consumption in MWD’s area of operation. “Every agency at the local level is making decisions like desalination, recycling and increasing groundwater use,” said Upadhyay.

Interestingly, even as the population in the region has gone up, water consumption has gone down. People in Southern California are using significantly less water. “Metropolitan and its member agencies deliver less water today to serve nearly 19 million people than in 1990 when the region had 14 million people,” said Rebecca Kimitch, MWD’s press office manager, pointing to MWD’s investment in conservation and local resources.

John Fleck attributes lower consumption to how people adapt to limited resources. “When people have less water, they use less water,” wrote Fleck in his book and this becomes a lifestyle change. Even during surplus years, water use does not climb back to its pre-drought years.

During the course of the tour, it occurred to me that the real story of lower consumption is a mix of changing times, people’s tendency to adapt as well as legislative compromises and conservation measures.

MWD has learned to bank its resources, thriftily. There’s been a major drive toward water recycling. In order to be drought proof, reusing wastewater that is currently sent to the ocean is becoming a priority, as well as replenishing groundwater basins that have seen their levels drop in recent years.

Situated toward the bottom rung of the Colorado River water use ladder, California is deeply affected when supplies are reduced. The DCP will add some measure of reliability to water sources. However, dependability of supply and creativity with water investments are critical to meet demand and create a more balanced approach to Colorado River water use.

The Funding Pyramid Needs to Be Transformed