Asian American Women Reflect on How to Move Beyond Hate Attacks 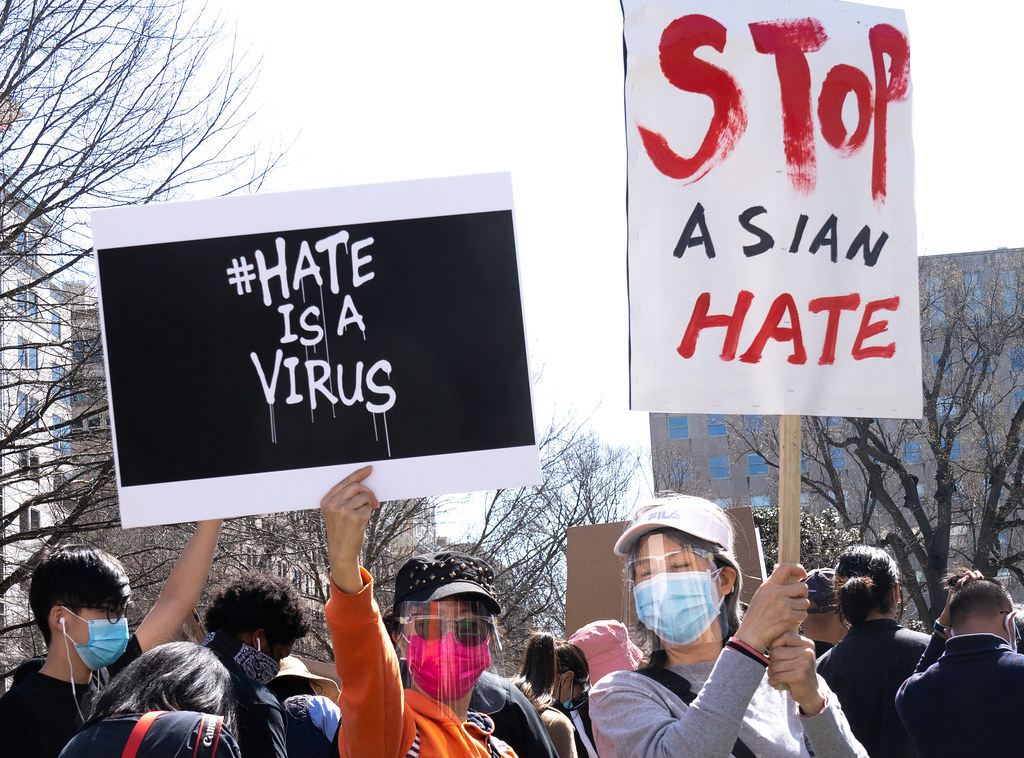 Asian American women are experiencing a fresh wave of violent, hate-related attacks. According to the web portal Stop AAPI Hate, since March 2020, there have been over 10,000 attacks, 16% of which have been physically violent. Elders were the targets in the majority of incidents. A poll commissioned by The National Asian Pacific American Women’s Forum found that 70% of AAPI women voters experienced some sort of racialized harassment or discrimination between June 2019 and January 2021.

Panelists convened by Ethnic Media Services on Feb. 25 discussed the significant happenings in the history of the United States that created an unsafe environment for AAPI’s, long before the pandemic, and how communities have responded to keep their people safe.

“While the pandemic and the rhetoric of the former president blaming China and Chinese people for starting the virus, may have dramatically increased incidences of hate against AAPI’s, it’s certainly not something new. As Asian American women, many of us felt this living in the United States long before COVID… we are targeted both for our race and our gender.”

“The first Chinese immigrant woman in the United States was brought over by a New York businessman who put her on display so that Americans could watch her eat, look at her small feet, look at her skin color or hair, and the way she talked. From the get go of the Asian immigrant women’s experience, we were seen as entertainment or an experience to be consumed.”

“Asian women are also depicted as submissive, and terms such as “geisha girl”, “china doll” and “lotus blossom” are not favorable terms, but rather a way to hyper sexualize Asian women that makes them easy targets for sexual and other forms of harassment.”

“In terms of education and awareness, we now have more voices speaking out to help people understand the harm that racist rhetoric have on our communities…Since launching our joint bystander intervention trainings in the spring of 2020 (with Hollaback Stop Harassment), AAAJ affiliates in Illinois, California and DC, have trained about 150,000 people.”

“We marked a victory in May, with passage of the COVID-19 Hate Crimes Act, a federal bill that requires the Justice Department to formulate guidance for law enforcement agencies and others on creating online reporting systems for hate crimes and hate incidents. It includes making those systems accessible for people with limited proficiency in English.”

“We need greater investment in our community, including in social services, improving education, so that we can better create the conditions where people not only feel safe, but are able to thrive.”

“AAPI’s have become louder during the pandemic in response to the rise of Asian hate, especially after the March 16 Atlanta shooting massacre. We were furious and frustrated over the attacks and killings of eight innocent people and six Asian women.”

“In Georgia, the first generation of Korean Americans formed the Atlanta Korean American Committee Against Asian hate on March 17… The committee created a space where black, brown, and other people of color gather to heal and support each other.”

“During the 2021 elections AAPI’s made a tremendous effort to elect representatives who pushed the country in solidarity to stop hate crimes and to achieve inclusion and racial equity… Georgia AAPI is making a historical record having 12 progressive Asian American candidates, including young candidates in their 20s to represent all Americans.”

Sasanna Yee, inspirational speaker and yoga teacher whose grandmother was fatally attacked at a San Francisco Park in 2019:

“My grandmother immigrated here in the late 80s. She was unfortunately physically attacked across the street from her home when she went for a walk in the park in the neighborhood that I grew up in and I still live in. It’s called Visitacion Valley.”

“The young man that hurt her was 17 years old at the time… My grandmother’s brain was bashed, she fell on her face with her broken ribs. She was in very bad condition… What happened to this young man that caused him to do such a thing? He must be in so much pain. I know because when I’m in pain, I also hurt people.”

“My own journey of healing chronic pain, anxiety, and depression has really helped me to be more compassionate towards others…My practice of yoga, Qi Gong, meditation, have helped me relate to my own suffering and the suffering of other people.”

“Black Lives Matter was such a powerful rallying slogan. What is it for Asians? My team and I came up with “Asians belong”. This phrase is affirming. This phrase acknowledges that we have been seen as perpetual foreigners but no longer. We are reclaiming our stories and our voice.”