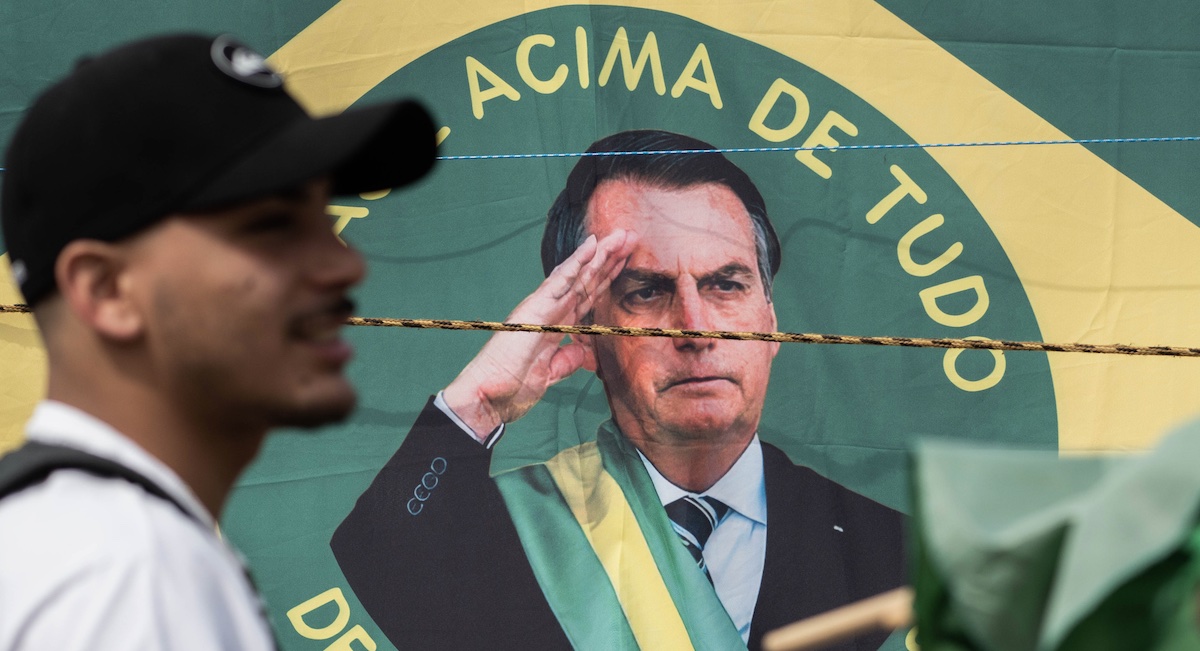 Brazilian President Jair Bolsonaro is ratcheting up his attacks against the nation’s democratic institutions in the run up to the October 2 presidential elections. But with rising inflation, high unemployment, and staggering rates of poverty the president’s gambit could backfire.

While threatening democracy may appeal to his base, it may not be the best strategy for winning over Brazilians focused on bread-and-butter issues.

According to recent polling Bolsonaro trails his opponent, left leaning former President Luiz Inácio Lula da Silva. And while he has managed to narrow the gap in recent days, for millions of Brazilians struggling with rising food prices and persistently high unemployment, messages about the overall state of democracy and the fallibility of Brazil’s institutions will fall flat.

At the height of the pandemic Brazil’s unemployment rate hovered at around 15%. That is nearly 15 million people out of work. Since then, the numbers have come down, though millions continue to depend on the informal economy for their livelihood.

Soaring food prices, meanwhile, have heightened food insecurity in a nation where 33 million people are already struggling with hunger and malnutrition and where 70% of families face crippling debt. For many Brazilians, how the next president will help put food on the table is the only issue that matters.

And unlike in 2018, when a political crisis and allegations of rampant corruption engulfed the left, this election cycle has seen a resurgence of left-leaning candidates, not only in Brazil but across much of Latin America.

In their campaign rhetoric, meanwhile, as Bolsonaro continues to undermine the nation’s democracy, Lula has made poverty and inequality a key priority, a message that is sure to resonate with many who recall the social gains achieved during his previous tenure.

Still, the country remains deeply divided, with rising fears of political violence come election day and concerns about where the military stands when it comes to a potential crisis if Bolsonaro refuses to accept defeat. Many Brazilians still vividly remember the two decades of repressive military rule that ended in 1985.

And it is no secret that Bolsonaro yearns for those days, with oft repeated statements defending the coup d’état that initiated Brazil’s military dictatorship and his apparent willingness to launch another coup even at the cost of “30 thousand” lives in order to retain his hold on power.

In his latest attacks, Bolsonaro has gone after the nation’s electoral process, going so far as to invite foreign dignitaries to a luncheon meeting where he sought to sow doubts about electronic voting systems that have been in place since the mid-1990s.

He has also targeted members of Brazil’s Supreme Court and the Superior Electoral Court, whose new head, Alexandre de Moraes is a known firebrand openly reviled by the current president.

For Bolsonaro the threat from Moraes comes in part from his focus on online political misinformation, which has been a key tool for Bolsonaro throughout his presidency, allowing him to shape the message on a range of issues — from Covid vaccines to Amazon deforestation and of course the coming election.

In a recent standoff, Moraes has gone after the president’s business associates for private text messages in support of a Bolsonaro-led coup d’état.

Whatever the outcome of this latest scuffle, one of many involving the scandal prone president, what is clear is that as of now Bolsonaro is looking at possible — if likely — defeat at the polls come October.

And the fact is that none of the political theatrics he is known for will matter if at the end of the day he fails to convince voters that he has the solutions to the economic crisis for which he is partially responsible.

Bolsonaro is politically weak. He remains unpopular with wide swaths of Brazil’s electorate. And he has no international support to embark upon an adventure that would jeopardize Latin America’s largest democracy.

In the end, he may very well end up being the first President in Brazilian history to fail to win reelection.

Fernando Cruz is a Brazilian journalist based in Brasilia, Brazil. Additional reporting by Peter Schurmann. This story was produced in partnership with Peninsula 360 Press and Global Exchange.

Voters of Color and Women Saved the Democrats from Disaster