Hundreds Given Bad Ballots in Tennessee 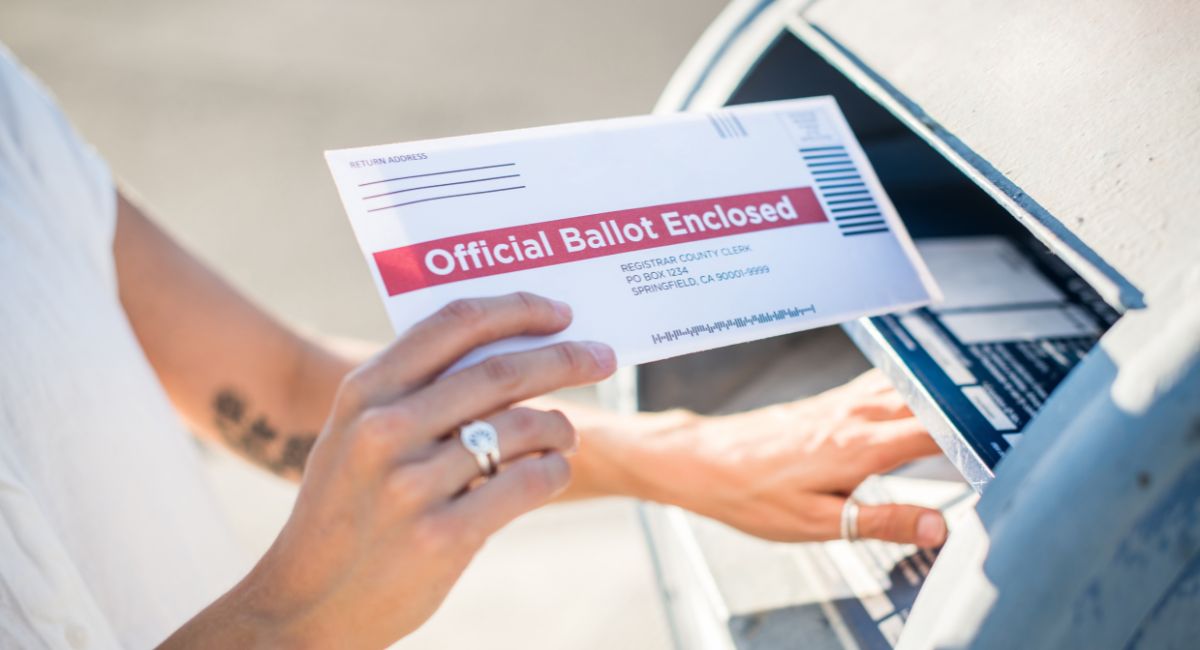 Democratic lawmakers in the state blame the snafu on newly-drawn congressional maps and say it is part of a GOP strategy to suppress votes.

Tennessee Democrats did not fare well in a midterm election that otherwise went far better than expected for the incumbent party. The state is one of several where extreme gerrymandering aided Republican candidates at the expense of voters of color.

Newly drawn legislative maps in Tennessee — among other states — have also been key to Republican’s possible return to control of the House.

Tennessee has a Republican trifecta — both houses of the legislature and the Governor’s mansion are red. All but one of the five Supreme Court Justices were appointed by Republican governors.

The General Assembly draws the election maps, and African American districts in Middle and West Tennessee were split and joined with majority white Republican districts. Although the Tennessee Democratic Party sued, a three-judge panel refused to block the state House and Senate maps.

State Rep. Jeff Yarbro (D) at the time called the Republican maps a “joke,” saying both minority and rural voters would be harmed by them.

“They cracked Nashville into three separate congressional districts,” noted Gino Nuzzolillo with the non-partisan watchdog group Common Cause. “Overall, the statewide (vote) total was 35% Democrat, but they only won 1 of 9 seats. It’s a clear sign of that gerrymandering and how brutal it was in Nashville.”

In North Carolina, where Nuzzolillo is based, newly drawn maps had a “pretty devastating impact on representation, and specifically black representation,” he said, leading to losses among four out of six incumbent black legislators and one first time Latino representative.

The losses handed the state’s Republicans a supermajority in the House and one seat shy of the same in the Senate, said Nuzzolillo.

There are currently 72 cases filed in 26 states challenging newly drawn congressional maps, according to the Brennan Center. The Supreme Court has or will hear cases in three of those states: Alabama, Georgia and Louisiana. But maps in Ohio and Florida have also been contested.

Both states played a key role in helping Republicans inch closer to winning back control of the House this week.

Two progressive Tennessee Democrats, meanwhile — Heidi Campbell and Odessa Kelly — both lost their races for Congress this week by wide margins that commentators attribute in part to the extreme partisan nature of the state’s new congressional maps.

“We had people who didn’t know where they were voting or who they were voting for and they got to cast two votes — which is illegal in this country — and it was the direct result of the gerrymandered maps,” said Representative Vincent Dixie, a Tennessee Democrat, one of 23 Democrats in the House; Republicans have 76.

During early voting in Davidson County, which includes Nashville, one of Dixie’s constituents called him to say her ballot was incorrect. She could not vote for Kelly because the candidate’s name didn’t appear on the ballot. She called the local election commission, which did nothing. Officials soon learned the problem was widespread.

On November 2, one week ahead of Election Day, Davidson County Administrator of Elections Jeff Roberts said 190 ballots were cast in early voting in congressional districts for the wrong candidate. There were 16 incorrect ballots cast in state senate races and six in state house races. A total of 212 votes were cast wrong.

Roberts blamed glitches in geo-mapping software, which officials use to draw new legislative lines, after this year’s redistricting. Two days later, the number of incorrect ballots grew to 438. In trying to correct the problem, the commission made it worse.

The ACLU and the League of Women Voters sued the Governor, Secretary of State, the Tennessee Election Coordinator, and the local election commission. Metro Nashville’s legal department got involved and came to an agreement with the plaintiffs.

Election officials agreed to give voters correct ballots on Election Day, or, if they already voted by mail, they could cast provisional ballots at their polling place to be counted later.

“I don’t think it was happenstance that this confusion happened around voting because the GOP playbook is to suppress the vote and keep people from coming out. They did a masterful job of doing that in this election cycle and they really did hurt democracy and undermined the voting process,” Dixie said.

Dixie noted that Tennessee is 46th in voter turnout and the ballot snafu is just one of the reasons why. “It happened in Shelby County and in other places, too,” he said.

The wrong ballots were printed for precincts all over Davidson County, where the population is 26% black. In Shelby County, the bogus ballots were only used in District 97, the only contested district because Memphis is a democratic stronghold.

“It’s very intentional what they did, drawing the maps and creating the confusion around it,” said Dixie, adding Democrats are winning in statewide races because lawmakers can’t gerrymander an entire state, only specific districts to favor one candidate or one party.

“That keeps people in these gerrymandered districts, it dilutes the votes, and it keeps them in power because they slice and dice these communities in order to lean in their favor,” he said.